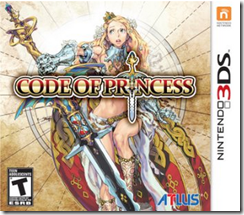 Code of Princess was Agatsuma Entertainment’s first attempt at making a game designed for core gamers. They pulled together a strong team – the creators of Guardian Heroes and former Capcom artist Kinu Nishimura to design the game’s world. The gamble paid off for Agatsuma Entertainment. "In Japan, it sold so-so, but in the US Code of Princess sold beyond our expectations," producer Yasuo Nakajima said to Siliconera.

Code of Princess 2 is not currently in development since Agatsuma just finished Farewell Umihara Kawase. Nakajima said if they develop Code of Princess 2 for consoles they would need a bigger team and if the timing works out they will try to bring the Guardian Heroes developers back for the sequel.