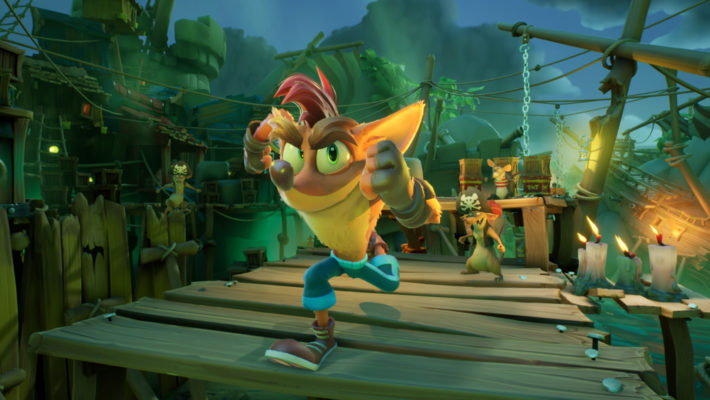 Even more systems are getting Crash Bandicoot 4: It’s About Time, as Activision announced Switch, PS5, Xbox Series X, and PC ports. The console version will all show up on March 12, 2021. People who already own the PS4 or Xbox One versions will have free upgrade options. However, people interested in the PC version will have to go through Battle.net when it launches in 2021.

Activision offered some details about prices and what people can expect from these versions. The Crash Bandicoot 4 Switch and PC versions will each be $39.99. In the case of the Switch version, the draw will be playing anywhere. For the PC, it’s having it on a computer.

With the Crash Bandicoot 4 PS5 and Xbox Series X versions, there will be special features unique to those systems. Both will have run it at 60fps and will offer 4K resolution. The PS5 will also have Activity Card compatibility and haptic feedback when using certain abilities. In both cases, people will get a free upgrade and can carry over saves. However, as usual, people with physical copies have to have an Xbox Series X or standard PS5 to claim it.

Crash Bandicoot 4: It’s About Time is immediately available for the PlayStation 4 and Xbox One. Crash Bandicoot 4 Switch, PS5, and Xbox Series X copies will arrive on March 12, 2021. It will be on Battle.net for PCs in 2021 as well.