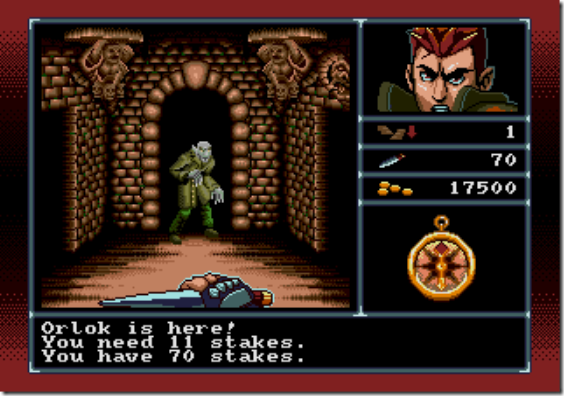 A lone hunter must step into a winding, labyrinthine crypt while on the hunt for Dracula’s treasure, but he isn’t the only vampire lying in wait in its depths in dungeon crawler Crypt of Dracula. 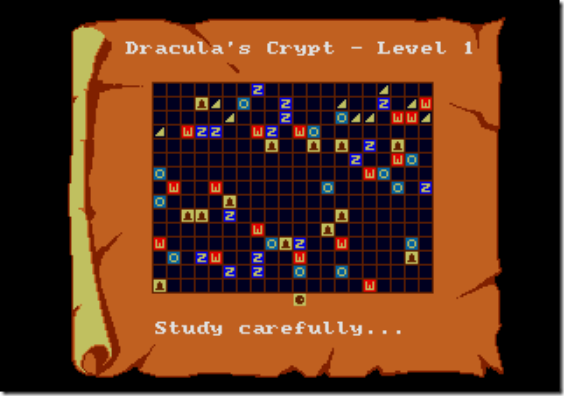 Crypt of Dracula tasks players with steadily finding their way through the various floors of a crypt, finding tools, treasures, and treachery under the earth. Players can expect danger in many vampiric forms as they explore as well, meeting characters like Orlok from Nosferatu. However, fighting a vampire isn’t just a matter of trading blows with whatever weapon the player happens to have, but must instead have a set number of stakes if they hope to take down the vampires in their path.

Crypt of Dracula is being developed for the Sega Mega Drive and Sega Genesis, and will be produced on actual cartridges for the system when the game is completed. 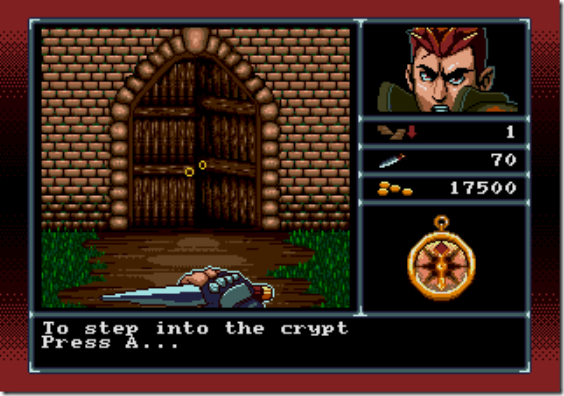 Crypt of Dracula is currently in development, with a Kickstarter beginning sometime soon.