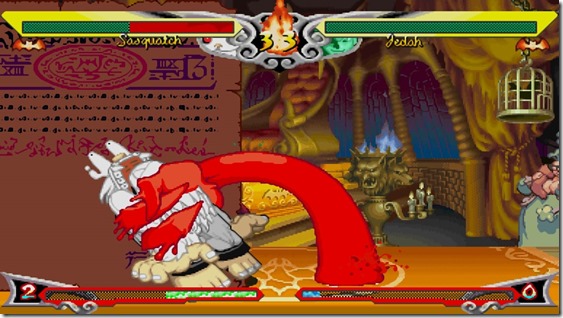 Zombies, vampires, werewolves and succubi. What do they have in common? They duke it out with each other in a mostly overlooked Capcom title from the experimental age of fighting games. Darkstalkers feature a mishmash of characters from various mythologies while paving the way for influential mechanics still used by fighters today. 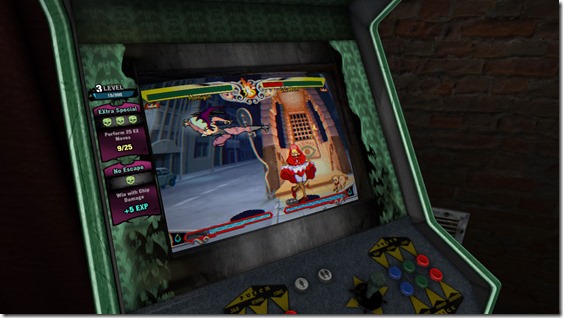 Night Warriors mostly plays by the rules of traditional fighting games. Bouts are divided into several rounds and the general pace of matches is slower. In spite of this, Night Warriors is also the game responsible of introducing several influential mechanics that have become a staple for fighting games today, including chain combos, air blocking, reversals and knockdown recovery. For those attempting to get into the Darkstalkers series for the first time, Night Warriors is a good place to start.

Darkstalkers 3, on the other hand, is blazing fast. It’s amazing that the characters aren’t on fire just from the constant friction with air. Darkstalkers 3 is one of the fastest Capcom fighters, if not the fastest. There are only minor refinements made to the game, but they are very significant in emphasizing its sense of speed. Gone are the rounds dictating the end of a bout, replaced with something dubbed the “Damage Gauge System”. Another tweak made to the system is that players are able to recover lost life, dictated by the translucent health indicator if they avoid taking any extra hits. Finally, there’s the Dark Force mechanic, which allows characters to trade a stock of Super for enhancing their combat capabilities. 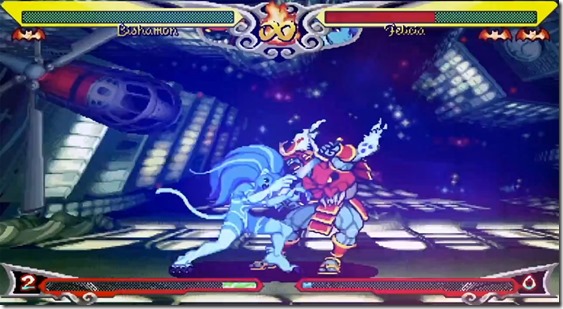 Darkstalkers Resurrection’s main menus are well-presented. The intro screen is stylish, the menus are clean and the interface is pretty. Unfortunately, the same can’t be said for the two games themselves. Once you get the character select screen, the truth sets in. The sprites used for the characters are from nearly two decades ago, only with filters applied on them. This results in a very strong contrast between the contemporary presentation of the main menu and the dated presentation during actual fights. Fortunately once the round starts, attention to these little details can be ignored to focus on the fight itself the fluid animation of the characters.

One very useful feature included in the games is the tutorial mode. Granted, tutorial modes are commonplace in today’s fighting games, but what sets the tutorial mode in Darkstalkers Resurrection and others apart is by how it provides a basic breakdown of the character via explanations that make sense. For example, throwing a Dio=Sega as a setup for Jedah’s unblockable. Or using a move as an anti-air because it covers your retreat. These explanations really make a difference in teaching a player how to utilise their available tools. A nice touch to these character-specific tutorials are that the characters speak in tone with their personality. As such, Jedah speaks in a very aggressive yet elegant manner, while Sasquatch communicates in a very friendly way.

In terms of online play, Darkstalkers Resurrection utilises the tried and tested GGPO system once again, which is a staple feature of previous Iron Galaxy ports such as Street Fighter III: 3rd Strike Online Edition and Marvel vs Capcom: Origins. Personally, though, I didn’t have much luck while trying out the online mode. I’m in the U.K., and out of the ten matches that I played, only two were smooth enough to make it an enjoyable experience, while the others were a bit too laggy to be taken seriously. Most of my matches were played with American and Japanese hosts, while European hosts are nowhere to be seen. If you live in either America or Japan, you will probably have better luck finding decent matches. 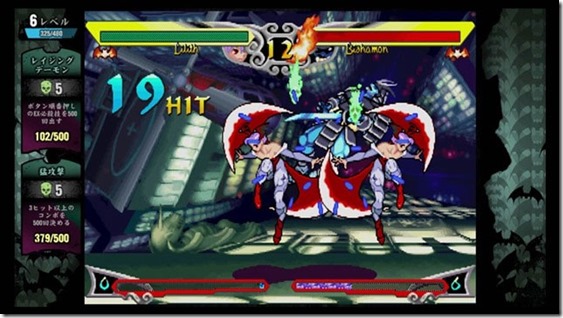 As a nice gesture, Darkstalkers Resurrection also includes unlockable material in the vault which can be purchased using the game’s currency. This can be obtained by doing the game’s challenges, such as performing an ES move or winning with a perfect. These challenges get more difficult as the first level is completed, but the rewards will be greater, too. The unlockable materials available for purchase are concept art for all characters and their ending movies from both games.

It’s been nearly 20 years since the first Darkstalkers game was released, but the games are still relevant today, which is a feat in itself. It is rather disappointing that the sprites are still the ones which were used back in 1995 and 1997, but the games themselves are so solid that they transcend time in a way. Darkstalkers Resurrection provides a way to experience the evolution of 2D fighting games into what they are today.

2. To enjoy Darkstalkers 3 fully, the speed of the game should be set to turbo. Although it may cause slight dizziness and loss of focus, the higher speed is essential to appreciate the game at its best in my opinion.

3. There’s a small box at the bottom of the main menu which reveals trivia about Darkstalkers’ characters. Quite a neat feature.

4. GGPO and online multiplayer settings are situated in the multiplayer menu instead of options, so be sure to check there in case you need to tweak it.

5. Curiously, there is a lone “cabinet art” section in the vault. Maybe there will be additional cabinet art later on?

6. The game also includes multiple sprite filters and different views such as widescreen and an arcade cabinet view. You can also include scanlines to emulate the arcade experience.