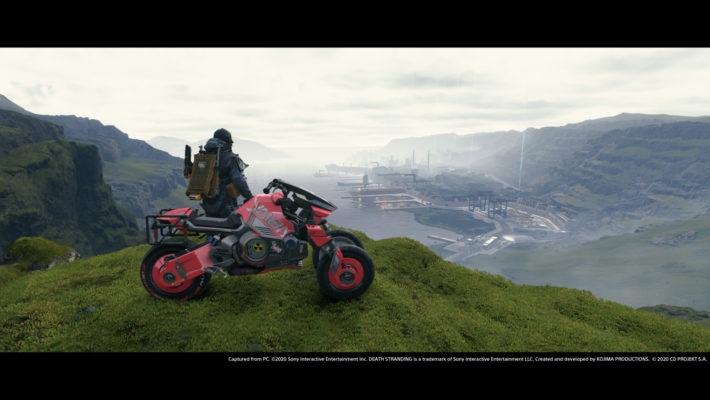 Things will look a little more futuristic in Death Stranding. It turns out that Hideo Kojima cameo in Cyberpunk 2077 was a hint of things to come. There’s a Death Stranding Cyberpunk 2077 collaboration that not only adds cosmetic items, but even introduces hacking as a new way for Sam to deal with enemies. However, the crossover content is only available in the PC version of the game.

The announcement explained how all these additions will work. If Sam hacks, he can inflict status effects on enemies and their equipment. On example involved stunning enemy Odradeks or trucks, to prevent them from acting or moving as usual. There will also be Johnny Silverhand (Keanu Reeve) accessories for Sam like a robotic arm and sunglasses. There’s a Reverse Trike designed to look like vehicles from Cyberpunk 2077. New holograms will appear too.

There’s a trailer showing how some of these Death Stranding Cyberpunk 2077 items look in-game. To be particular, the video begins with a peek at the motorcycle, then shows Sam with the arm and sunglasses equipped.

And here’s how hacking works in-game.

And here are a few screenshots looking at the crossover items. 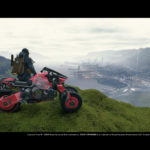 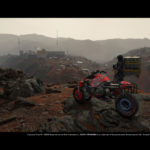 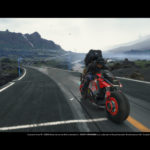 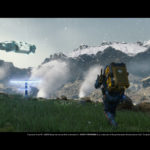 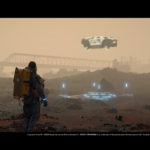 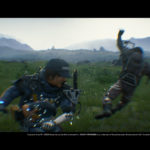 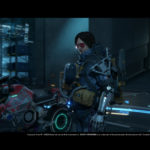 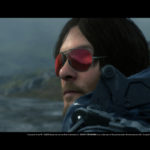 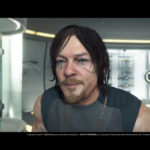