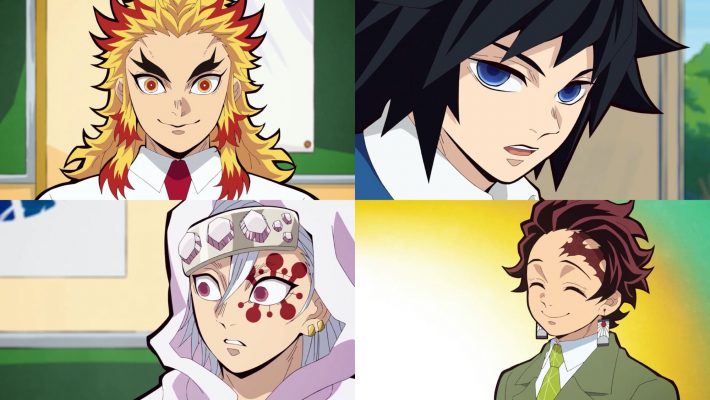 The spin-off short stories eventually received an anime adaptation back in February 2021, when Ufotable aired a four-part Valentine’s Day special on streaming services in Japan. The Kimetsu Gakuen versions of the characters will also appear in the upcoming Demon Slayer: Hinokami Kepputan fighting game developed by Cyberconnect2.

Saikyo Jump is a bi-weekly magazine published by Weekly Shonen Jump‘s Shueisha and includes various other spin-off properties such as the Naruto title Rock Lee & His Ninja Pals as well as another school life parody series, One Piece Gakuen.