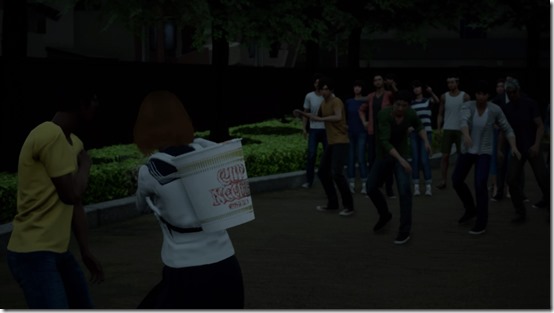 It’s one thing to put a lot of heart into making something. That said, actual results may differ. While I’ve mostly given praise to Disaster Report 4 Plus thus far, sadly this time I’ll be mostly critiquing how it tries and fails at showing the uglier side of human nature coming out in an extreme situation – and how you can do nothing about it. 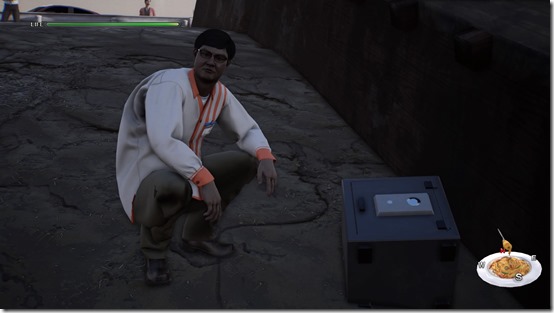 For example, early on, you meet a random person named Kumazawa, who happens to be pretending to be a convenience store manager. He’s just there to cause trouble and do evil while everyone else is trying to survive and recover. From jacking up food and water prices to ridiculous levels, to stealing from cash registers, to opening up safes that don’t belong to him, he does it all. 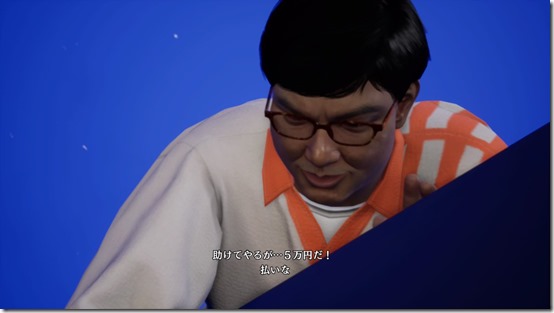 The problem is that you can’t do anything about it. You can help him get a crowbar to open the safe, buy his overpriced products, but the most you can do about him is to attempt (and fail) to call him out. It’s a far cry from Raw Danger, where you could call out and even leave a bully to die if you wanted to. The game attempts to show how this person is taking advantage of others in an extreme situation, but does nothing to call him out. Instead, it tries to portray him as this “lovable rogue” archetype that you come across several times, and in fact, he can even save you in one of the endings, while asking you to pay him for it. I was seething by the end of it. 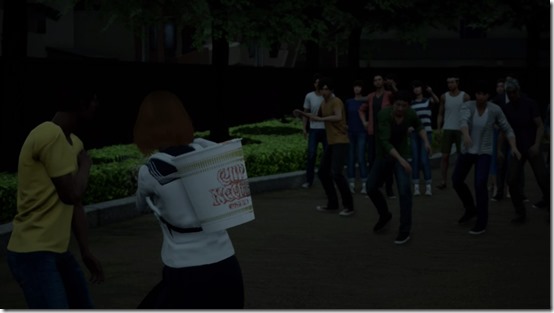 In another situation, you arrive at a school-turned-shelter, only to find that a constant lack of resources has left every local frayed and angry. They have banded together against any outsiders, including people from other towns, and every person they deem a “foreigner”, such as an foreign exchange student you get close to named Danny. Up to this part, every moment is portrayed seriously, and presented as a problem of racism and close-mindedness.

The resolution to this situation is hardly satisfying. In an attempt to play up the series’ silly moments, you go fill up some water which seemingly cures one of the locals, and are deemed a savior thanks to the increasing amount of people cured. It ends with the town chief asking for your help, and the actual water source – some rain water dripping off the school building – is discovered. The locals band against you and Danny, “the outsiders”, and you get stoned together. You can even join in if you want, leaving Danny as the sole victim in the scenario. Either way, both of you are chased away. 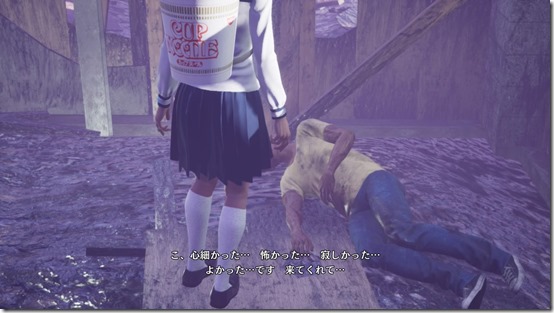 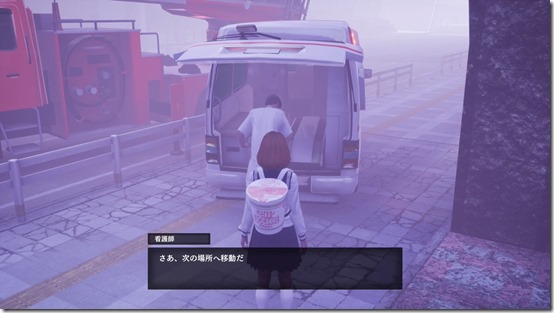 Once again, there is no payback for this. In this case, as you’re faced with many hostile locals, it’s understandable, but what isn’t is the fact that the game treats this as a simple sob story to quickly move on from. You find Danny injured in the burned-down shopping street, and there is no way to help him. Speaking to the medic nearby who’s about to leave does nothing. There is no helping Danny, and the only option is to walk away and move onto the next scenario.

It makes light of the entire situation that you had to go through just a while ago, but seeing how you were chased away thanks to being a false savior, it hardly needed the help. It would have made more sense if this attempt at showing how banding together isn’t necessarily good were played straight the entire way. 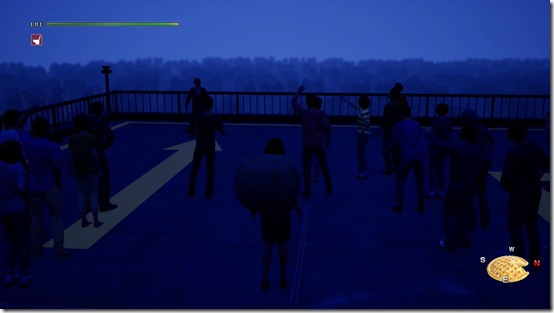 Finally, we have the ending in question where Kumazawa ends up saving you. This ending is reached by deciding to go to a different shelter instead of the airport. When you reach there, people are rioting as the government building is the only building with electricity, and false rumors are spread that the mayor is corrupt. You are propped as the false ringleader, and when the situation spirals out of control on the rooftop, you become the scapegoat, the person who led everyone on.

For a third time, this could have been a genuinely frightful moment of realization for the protagonist regarding the ugly sides of human nature. However, it gets ruined by the most contrived situation, where you accidentally clutch at the mayor’s throat thanks to a tremor. You’re forced to take the mayor hostage, and another tremor is about to send you tumbling off the building when Kumazawa saves you. The aftermath is then explained not in a cutscene, but just with text on a black background.

Not only do the contrivances serve to escalate the situation without escalating player empathy, you are saved by Kumazawa of all people. It’s as if the game is telling you that human nature is bad, so you may as well relish in it while you can. The ending credits cut in abruptly, there are no lasting consequences, and you are whisked away to the final shared cutscene. The game fails once again at trying to make a point. 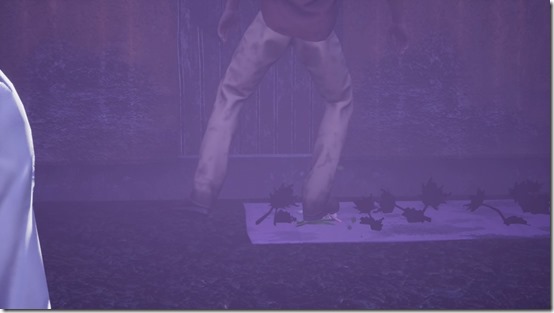 I still really like this game, to the point of ranking it among my top games of last year. But these flaws can’t be overlooked. The game tries many times to portray something of a consistent message to connect the variety of situations you get into, and while it’s made with heart, it feels like something was skipped in order to get the game out before expectations got to the point where people would never be satisfied. It’s such a shame that the game doesn’t really show its message with conviction, nor do anything with the message. Hopefully, the “afterstory” DLC will rectify this.

Disaster Report 4 Plus is available on PlayStation 4 in Japan.