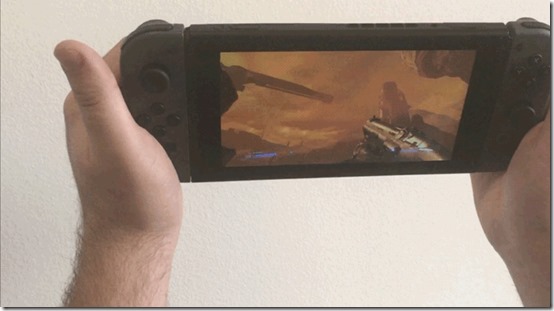 People playing DOOM on the Nintendo Switch will notice some marked changes the next time they play. Bethesda has released a major February 2018 patch that adds three new features. One is a new home menu icon that matches the box art. Another is a new party system for creating multiplayer games. The biggest one add motion controls.

The motion controls provide people a new way to aim when playing DOOM in handheld mode. This adds gyroscopic aiming. Heading into the menu allows you to turn “motion aiming” on or off, perhaps making it easier for some to aim while playing the game.

DOOM is available on the Nintendo Switch, PlayStation 4, Xbox One and PC.