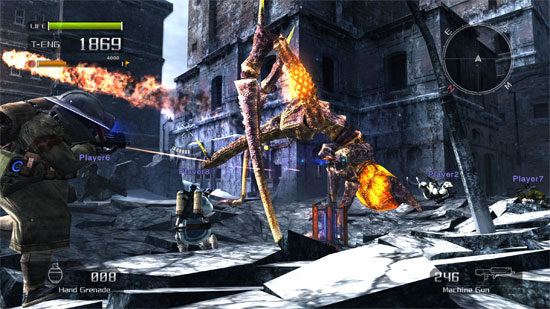 Lost Planet is coming to the Xbox 360 again with even more content than the PC and PlayStation 3 releases. Four multiplayer maps, five character models, a single player score attack mode and Akrid Hunter where you get to play as the insect-like creatures that populate the frozen wasteland.

Lost Planet: Colonies is essentially an expanded, value priced version of Lost Planet: Extreme Condition. However, the title is incompatible with game data from the original release. You won’t be able to challenge people using Extreme Condition, even in regular multiplayer games, either. Since the bulk of features in Lost Planet: Colonies are related to online play I wonder how many people will take the plunge and purchase Lost Planet again. A patch would have been a much better choice, but considering the amount of extra content in Colonies that doesn’t seem like an option. Well, at least there is an extra 1,000 Gamerscore points for everyone that buys Lost Planet as second time.