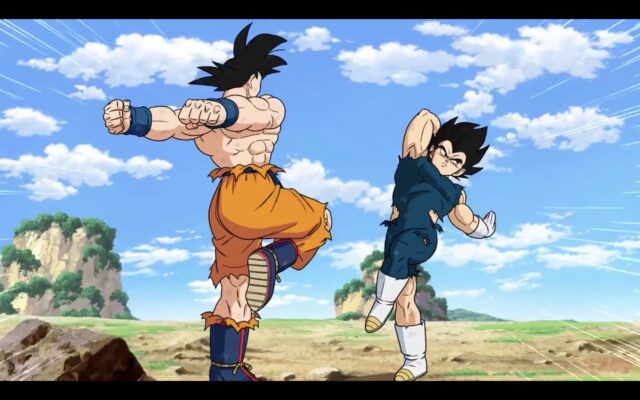 There’s a new Dragon Ball Xenoverse 2 trailer for Jiren (Full Power), and it teases new Gogeta DLC. The video mainly focuses on showing how the new version of Jiren looks in the game. However, at about the halfway point the next character is teased with a clip of Goku and Vegeta performing the fusion dance.

There are already multiple versions of Gogeta in Dragon Ball Xenoverse 2. People can get and use Super Saiyan Gogeta, Super Saiyan 4 Gogeta, or SSGSS Gogeta. Specifically, the version teased in the Jiren (Full Power) trailer seems to include images from the Dragon Ball Super movie. Though, as people in Siliconera’s comments pointed out, Vegeta’s pose is incorrect, so this could be a Veku tease instead.

Here’s the full Dragon Ball Xenoverse 2 trailer. The first 30 seconds focus on Jiren. Then, it immediately cuts to the Gogeta tease. It wrapped things up with a reminder about the Legendary Pack Set, the first part of which included Pikkon and Toppo (God of Destruction).

Jiren (Full Power) is on his way to #DRAGONBALLXenoverse2! Push past your limits to take on the toughest member of the Pride Troopers.

Watch our gameplay trailer! Are you ready to fight the strongest warrior from Universe 11?

Editor’s Note: As Kai Brands in Siliconera’s comments pointed out, Vegeta’s pose is wrong in the teaser, so it could be a Veku tease.