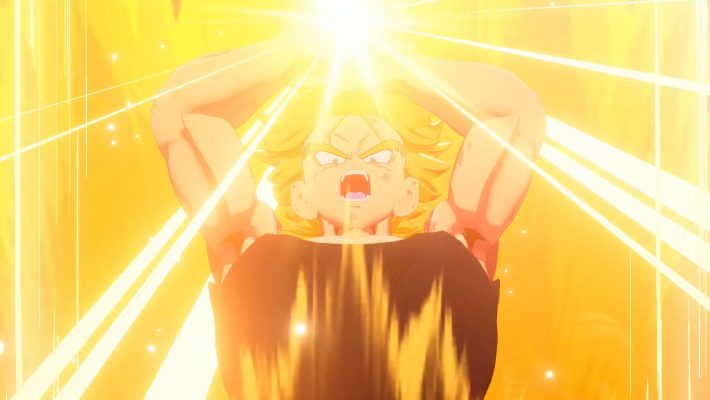 Bandai Namco Europe revealed the Dragon Ball Z Kakarot DLC 3 release date for Trunks: The Warrior of Hope. The last planned add-on for the game will appear on June 11, 2021. This falls in line with the Summer 2021 release window. There’s also a new trailer showing off one of the brawls in the DLC.

Trunks: The Warrior of Hope is set during the Dragon Ball Z: The History of Trunks timeline. As such, we have certain characters appearing in different roles than people might expect. So in the new trailer, we see Trunks’ mentor Future Gohan fighting against both Android 17 and 18. (The player is controlling Gohan.) Some of the Super Attacks he has access to during the match include Body Impact, Crushing Strike, Kamehameha, and Super Masenko.

The end of the video reminds people that this is part of the final season pass. That also included the two A New Power Awakens episodes. People also got a new cooking item with it. In the last update, Bandai Namco shared more pictures of the