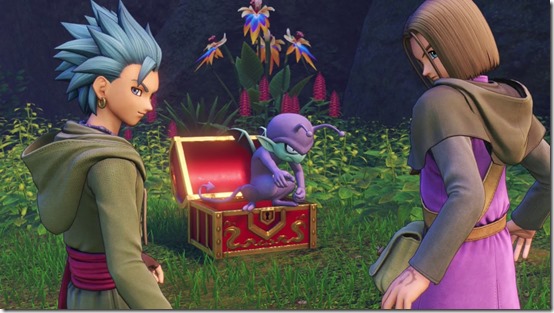 Siliconera recently got to hang out with Dragon Quest creator Yuji Horii along with the director and producer of Dragon Quest XI to talk about its cute monsters, hidden secrets, and why the West is getting more.

Yuji Horii, designer and series creator: The connection is the main protagonist is essentially the player. If we create words for the protagonist to say then we feel there would be a disconnect since the silent protagonist is the player. The game is created in a way so players would imagine what the protagonist would say at any given moment. The main character doesn’t have much of a personality since he represents the player and the way I create party characters is to make them unique characters so that stand by themselves. 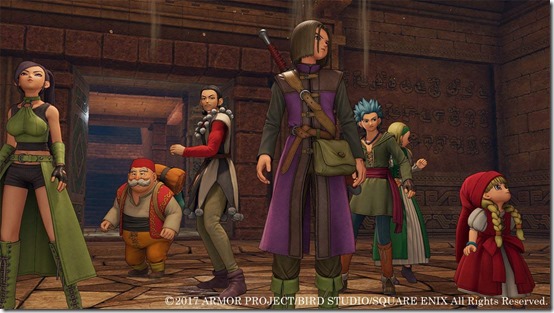 Can you tell us about how you created the party member characters in Dragon Quest XI?

Yuji Horii: Erik, one of the characters you encounter first in the game and the rogue character, he meets the hero in the story and identifies him as the Luminary. Erik was told a prophecy that he will save the Luminary and it creates this unexpected moment. Later in this storyline, they need to jump off a cliff and Erik believes in the Luminary’s powers and follows him to jump off the cliff.

Why did you want to make the hero a chosen one archetype?

Yuji Horii: Looking back, this is meant to be culmination of the past 30 years of Dragon Quest. We wanted to go back to the roots and origins which came down to making the main character the Luminary.

Yeah, there are throwbacks to the entire series like Roto’s Sword in the game too.

While Slimes and Drackys have been around since the first game, the world in Dragon Quest XI is a living world where we’ll see monsters interacting with each other. Can you tell us about how you designed this?

Yuji Horii: If you look back at the original games there were quite a lot of limitations. You would encounter monsters and that would be it. Given the advancements in hardware and animated monsters we were able to dive into what kind of habitats they would live in and what kind of mannerisms they have. The development team put a lot of thought into what these monsters may be doing and brought them to life.

Takeshi Uchikawa, Director: We also hope players look at the monster compendium in game. This has little tidbits about the monsters and how they behave. We wrote these tidbits for all of the monsters in the game. 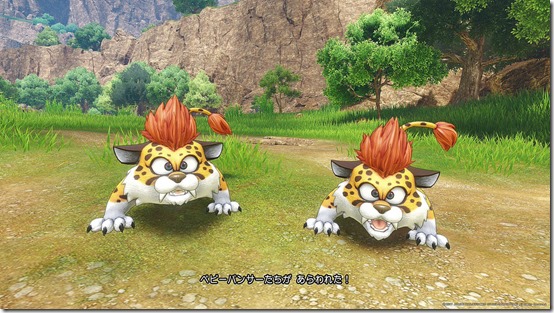 Hokuto Okamoto, Producer: After the game came out in Japan, there was quite a bit of buzz about a baby panther-like monster. Since it is a baby it plays in the world and with other monsters too. There is a particular monster the baby panther shows interest in and the other monster is surprised when the baby panther finds it and the baby panther squirms away. Other times its rolling around and having fun. It’s very cute. In Dragon Quest XI, you can do a field attack to strike it and we saw online some players were tweeting that they felt bad about it and it created conversation because the monster was so cute.

The Dragon Quest monsters always have been quite cute compared to other RPGs. Why did you want to create cute monsters for players to fight?

Yuji Horii: It’s because we wanted Toriyama-san to design the monsters. When I was originally developing the original Japanese version, we didn’t say we wanted to kill a monster. We said we defeated the monster and left the impression this monster may have ran away. We left it open to a player’s imagination.

[Okamoto shows a photo on his phone of two Dragon Quest Slimes, one drawn by Horii-san which was a more monster-like blob of slime and a pink one drawn by Toriyama-san.]

Dragon Quest XI changes the combat system too. Could you tell us why you switched to individual turns for characters?

Yuji Horii: We felt it would be a little more realistic and it would be easier to think through. Also, we have pep powers for combo attacks. 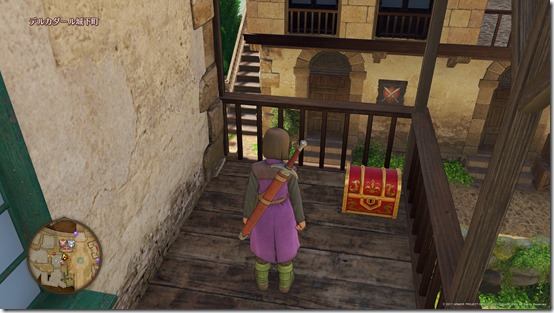 Discovering hidden treasures was a big part of Dragon Quest. With a bigger world in Dragon Quest XI, how did you hide secrets for players to discover?

Yuji Horii: We spent time to think this through. When you’re walking around world and if you got lost we want to ensure that getting lost wasn’t a waste. You might find something at a dead end of a dungeon. We went out of our way to place things in locations that some players may never discover.

Takeshi Uchikawa: Given that we have a more expansive world compared to some of our past games, we considered different kinds of players and what they want to do within this world. We thought about this when we placed treasure chests or shining spots with items. We want players to enjoy getting lost in this world.

Hokuto Okamoto: [Laughs] Originally, these items were placed on the path and served as a marker. This didn’t allow players to go to the far ends of the world, but it developed into what we have in the game now.

Are there any secrets that players haven’t discovered or found in the Japanese version yet?

Hokuto Okamoto: [Laughs] There is something! It’s not an item, but there is something that hasn’t been discovered yet. It’s a spell of restoration, though, so it’s not in the overseas version.

If I did say there was an item or something in the world that has not been discovered would that fire up overseas fans?

Hmm… I think players all over the world like searching for secrets and Easter Eggs developers may have hidden in their games. 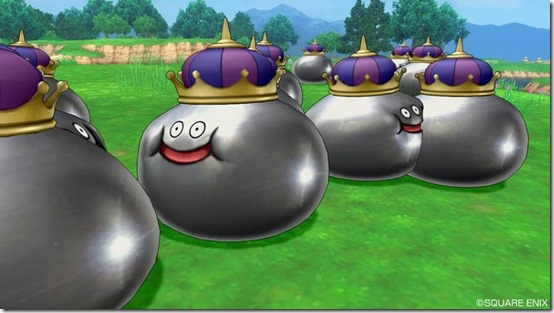 Are you thinking about hiding another secret?

Yuji Horii: [Laughs]. If there is a next installment, we would like to do it.

Hokuto Okamoto: Way back, in one of the earlier Dragon Quest games, there was a certain monster that wouldn’t appear. You would encounter it, but it wouldn’t appear in the game. [Laughs]

Yes, for the next game we’ll definitely include a secret for players in it.

Yuji Horii: English is different from Japanese and comparatively it’s simple. To get the nuances from Japanese across we needed voiceovers to get those language differences across to players. Because we have to localize the game, our overseas fans get the game a little later than our Japanese fans. [The extra content] is kind of our form of an apology so overseas fans have something new to look forward to as well.

Where do you want to take the Dragon Quest series next?

Dragon Quest XI: Echoes of an Elusive Age releases for PlayStation 4 and PC via Steam in the West on September 4, 2018.