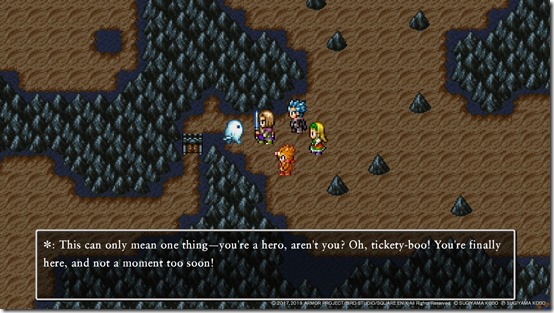 Dragon Quest XI S: Definitive Edition is one of those games that, thanks to its unique condition, is a mix of both old and new. The 3D version is bright, fashionable, and intuitive. Its 2D sections take the whole game and recreate it as though it were a Super NES title, complete with adapted versions of maps. But with Tickington, a questline that involves Tockle creatures and homages to past games, even more honor is afforded to the games that came before. It’s one of those elements that would make people want to go back for seconds with the game, rather than killing time with some other title.

First, Tickington isn’t exactly new. It was originally present in the Nintendo 3DS version of Dragon Quest XI, which was a Japan-exclusive feature. However, the Nintendo Switch version both detracts from and expands upon it. The good news is, the Tickington available worldwide does have additional quests and preserves all of the stories that were present. However, the red Tockle blocking a cave in Tickington is blocking off what was once the Streetpass area and means of getting passwords. (Don’t be worried when that area never opens up.) 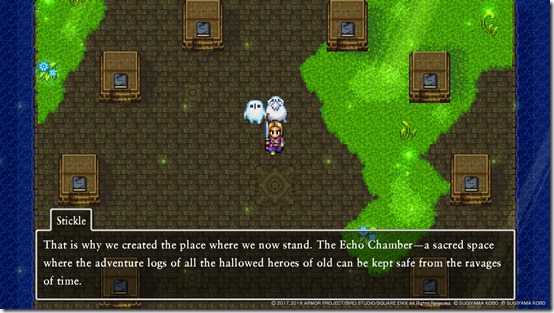 With Tickington, people get a new sort of collectible to look out for and series of sidequests to (hopefully) enjoy. After completing your business in Hotto and recruiting Serena and Veronica, the Luminary and the party will come across a Tockle named Ickle. Time is being messed with by some dastardly individual, putting various histories, the Tickington, and the Tockles that live there in danger. Given that players are a hero and able to see Ickle, you are recruited to help save the day. As you go through the world, you will find Tockles in different locations. Once you’ve spoken with them to get the “passwords” that will let you enter volumes based upon past Dragon Quest adventures, you can fix the wrongs.

What’s nice about the Tickington quests is how handy it is to pop in and pick them up. The Tockles begin appearing in every major location, starting with the Gallopolis campfire, and you’ll see them in notable spots like near Lonalulu’s church, by the Octagonia casino’s slot machines, and in a Mount Huji hideout. They show up in every act, including endgame areas like Drustan’s Labyrinth. You can zoom to Tickington, with the game saving before you head into there. Plus, even if you are playing in 3D, popping into the Tockles’ town for a tick takes you into the 2D mode. It’s a way to sample what that style looks like, without making a larger commitment or losing progress. 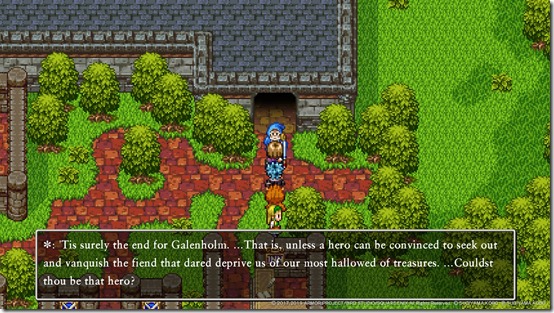 But, it’s also a chance to pop back in time and go, “Hey, hour you doing?” to some old favorites. Each of these Tickington quests calls back to old games. The first one you unlock, for example, brings you to Galenholm from Dragon Quest. The Lyre of Ire, owned by Galen, has been stolen away. This brief quest involves taking it back. While you don’t encounter anyone notable here, later quests can bring up familiar faces. You might see Dragon Quest V’s Bianca, who is dealing with an unfortunate transformation, or Dragon Quest VIII’s Jessica, who is having an identity crisis and needs a certain book. Each of these past quests have those nostalgic 2D looks, adding extra ambiance and flair to a game that would otherwise be 100% modern. (Not that there’s anything wrong with that.)

The Dragon Quest XI S uses Tickington as a means of including pleasant callbacks. For people who are familiar with the series, it’s a blast from the past and fond look at what came before. We get to be nostalgic with people we know and love. Those new to it might see these other characters, like their personalities and the glimpses into their worlds, and think maybe making time to meet them is a good idea. They’re a positive series of optional experiences for people to enjoy.