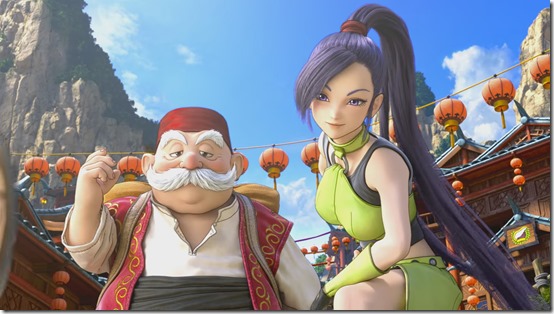 Dragon Quest XI released a couple months ago in Japan and Famitsu had a little survey asking fans about the platforms they played on, their favorite characters, new elements, and more. [Thanks, Ryokutya2089.]

The survey has a small sample size of 2,238 so it shouldn’t be taken too seriously, but it’s still fun to get a take from the readers of Famitsu. Here are the survey results:

Which hardware did you play on?

Who is your favorite main character? (Up to three choices)

Who is your favorite non-main character?

Which camera mode did you use on PS4?

What was the best element about Dragon Quest XI?

What was your favorite new element?

How enjoyable was the game?

Dragon Quest XI is available in Japan for PlayStation 4 and Nintendo 3DS. The game releases in the West in 2018. A Nintendo Switch version is also in development.