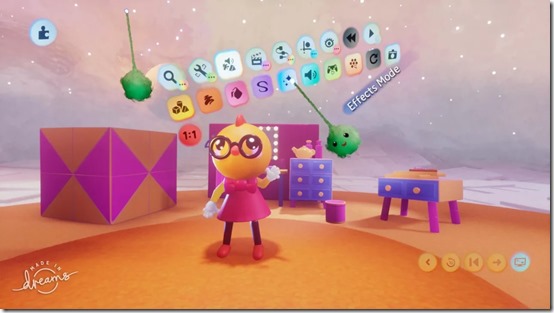 Dreams Early Access is a limited, digital release. Media Molecule noted that only a certain number of early access copies will be sold in the PlayStation Store. Even if it does not sell out, it will also only be available until just ahead of the full game’s launch, at which point it will be pulled.

In Dreams Early Access, people will be able to start creating and sharing experiences and games online. Media Molecule will update it as the process goes along. Already, the PlayStation Blog noted that this release has more tutorials than the Dreams beta did. A 12-hour long livestream celebrating this release began at 2am PT/4am CT/5am ET/10am BST on the developer’s official Twitch channel, to help people see how it works.

As a reminder, Dreams Early Access is not PlayStation VR compatible. It also does not include the campaign, however people who purchase it will get the full game when it launches and can carry the things they make over to the full version of Dreams.