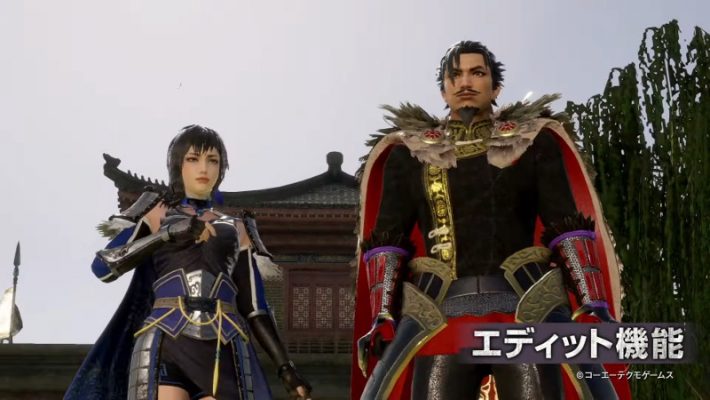 One of the major features of the Empires games is the ability to create custom characters. This trailer confirms that players will be able to set a custom character’s biological parents. Players can also pick up to two favorite weapon types for their character. The menu also showed that characters will have their own preferred unit types to deploy in battles, such as Infantry.

In addition to action gameplay footage, the trailer showed a new feature in the Domestics system. Your character will be able to interact with other characters in informal attires inside the castle to raise friendship points.

At the end of the trailer, Koei Tecmo revealed that those who purchase Dynasty Warriors 9: Empires early can obtain a bonus set of male character armor parts based on Zhao Yun’s attire.

Koei Tecmo first revealed Dynasty Warriors 9: Empires at the Tokyo Game Show in September 2020. Although the game missed its initial release window in early 2021, the company still plans to release Empires within the year.

In Japan, the game will be available physically on PlayStation 4, PlayStation 5, and Nintendo Switch. Koei Tecmo will also release a limited, 20th-anniversary commemoration box containing a 2-disc soundtrack album, an art book, and a set of cards featuring 94 unique characters.

Dynasty Warriors 9: Empires will be available for PlayStation 4, PlayStation 5, Xbox One, Xbox Series X, Nintendo Switch, and PC in 2021.