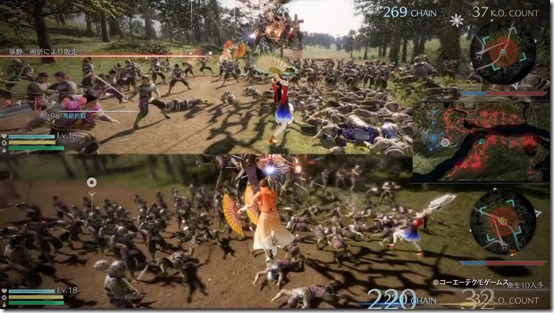 Dynasty Warriors 9 recently got two-player co-op in an update that added online and offline multiplayer gameplay. Koei Tecmo released a new trailer giving us a look at some of its multiplayer action.

Those of you interested in trying it out, a demo for Dynasty Warriors 9 will release for PS4 and Xbox One on November 1. The PC version will arrive earlier on November 1, 2018.