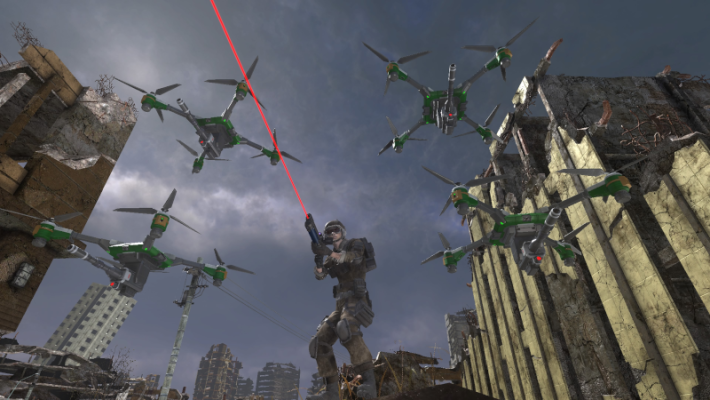 Earth Defense Force 6 is a third-person shooting game that takes place in a post-apocalyptic Earth where humanity survived through a Pyrrhic victory over a massive alien invasion. The game has four playable characters: Ranger, Wing Diver, Fencer, and Air Raider, and each of them has their own unique armaments and abilities. D3 Publisher released the game first in Japan with decoy balloons of Hololive VTubers Ookami Mio, Shirakami Fubuki, and Nakiri Ayame as early purchase bonuses.

Here’s a clip of the Shirakami Fubuki Decoy in action.

This milestone adds another line to the ever-growing list of the Earth Defense Force series’ achievements. A week before EDF6‘s Japanese release, D3 Publisher announced that the prequel Earth Defense Force 5 had surpassed 1 million units sold worldwide. It took over four and a half years since the initial Japanese PS4 release in December 2017 for EDF5 to reach that global milestone on PlayStation 4 and PC combined.

Earth Defense Force 6 is available for PlayStation 5 and 4 in Japan. D3 Publisher has yet to announce international localizations for this game as of this writing.