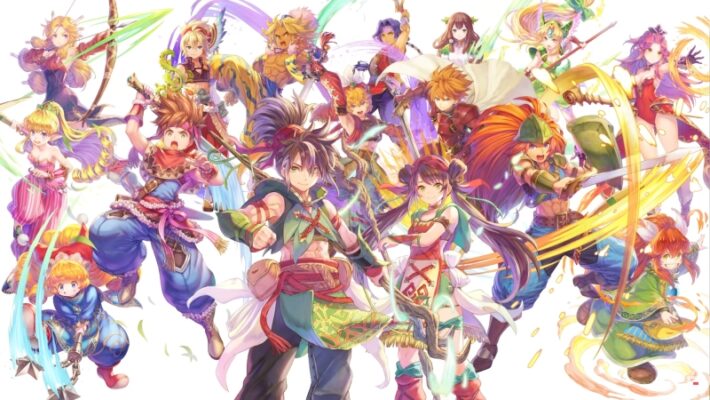 Square Enix offered a look at gameplay from Echoes of Mana, the previously announced mobile spin-off of the Mana series. The latest trailer for it was shown off during Square Enix’s Tokyo Game Show 2021 stream event.

The trailer declared that “a new journey is about to begin.” To “return the lost Sacred Sword, a boy and a girl must travel across the patchwork of worlds.” This is followed up by Echoes of Mana  gameplay, which shows the male protagonist emerges from a portal. Combat is also shown, and it looks like players will control their party as they move around stages, in a manner not unlike a side-scrolling brawler. With them are various characters from the Mana series, including Hawkeye, Rieze, Duran, Angela, Kevin, and Charlotte from Trials of Mana. Large boss characters also appear, and deploy their attacks by marking out danger zones in the area. Echoes of Mana will be free-to-play and supported by microtransactions, but the nature of the game’s monetization was not detailed in the trailer.

Echoes of Mana is bound for iOS and Android devices, and it is scheduled for a Spring 2022 release window. Check out Siliconera’s coverage of the recent modern remake of Trials of Mana.