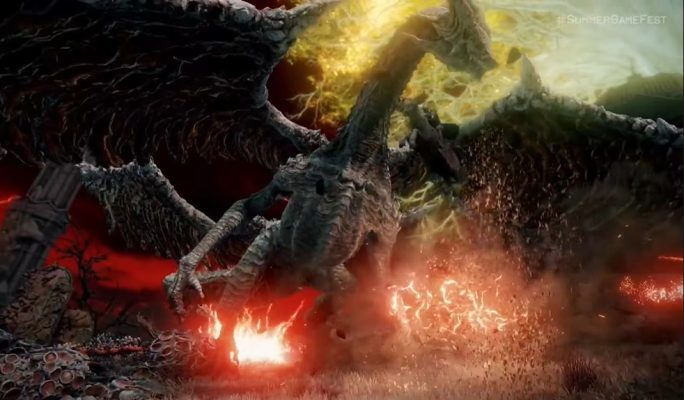 The new Elden Ring trailer and release date appeared during Summer Game Fest Kickoff Live on June 10, 2021. People will be able to get the game on January 21, 2022.

In addition to showing what the game will be like, the latest footage also offered a hint about what we can expect from the story. The trailer begins by a little girl saying, “The Tarnished will soon return, guided by grace once lost. The Golden Order is broken to its core.” From there, we get to see a player character on horseback racing toward a castle. The person is able to attack while mounted.

We then hear another person refer to the player as “Foul Tarnished.” The player is apparently seeking the titular Elden Ring. After that, we get to see some of the bosses available. It’s then hinted that a mechanic will involve dying, but being revived again due to a curse. One of the final moments also suggests that the Tarnished is “playing at being a lord.”

Here is the full, new Elden Ring trailer showing off how the game will look and play. You can also hear more of its soundtrack, which was composed by Yuta Kitamura.

The Elden Ring release date is January 21, 2022. It will appear on the PlayStation 4, PlayStation 5, Xbox One, Xbox Series X, and PC.