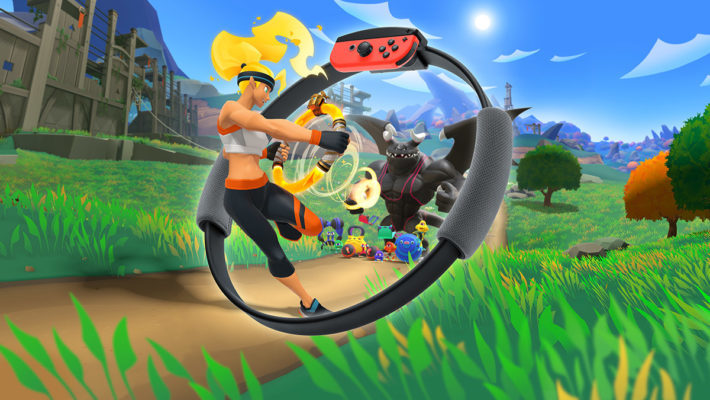 Nintendo has announced that a new Ring Fit Adventure Nintendo Switch bundle would be arriving in Europe in the near future. It is worth noting, however, that the announcement indicates that the bundle won’t include a physical copy of the Ring Fit Adventure software, opting instead to provide a code for a digital copy of the game. A tweet about the bundle posted to the official Nintendo of Europe Twitter account also notes that the limited-edition Animal Crossing: New Horizons Nintendo Switch bundle, which includes a unique dock as well as green and blue Joy-Cons, is currently available in Europe.

The Ring Fit Adventure bundle for Europe packages the Ring-Con and Leg Strap accessories with the version of the Nintendo Switch that includes the traditional blue and red Joy-Cons.

Ring Fit Adventure is a fitness game that released in North America on October 19, 2019, approximately six months before the WHO officially classified the COVID-19 crisis as a pandemic. It includes a story-based adventure, mini-games, and a more traditional workout mode that uses the included accessories to track player movement. Nintendo went on to include a free update that added a rhythm game to the experience as well. Additionally, Ring Fit Adventure can monitor heart rate via the Joy-Con’s IR camera.

The tweet from Nintendo of Europe didn’t mention the price for the Ring Fit Adventure bundle and it isn’t reflected on the official site’s listing for the product, either but the Animal Crossing: New Horizons bundle currently sells for £319.99 on Nintendo’s online store for the UK. The Ring Fit Adventure bundle goes on sale December 12, 2020. A similar bundle was announced for Japan earlier this year.