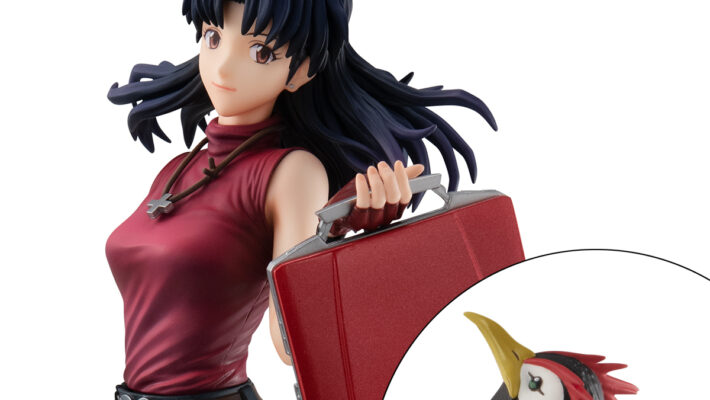 MegaHouse revealed a new Neon Genesis Evangelion figure of Misato Katsuragi, which comes with a smaller figure of her penguin companion Pen Pen. Part of Megahouse’s Gal figure line, the Misato figure will open for pre-order in Japan on October 8, 2021, at 1 PM JST (12 AM ET / 6 AM CEST). The figure will cost ¥19,580 (about $175) and ship sometime in May 2022. [Thanks, Comic Natalie!]

The figure is based on Misato’s appearance from the latest Rebuild of Evangelion theatrical release. Misato can be seen holding her iconic red jacket at her side and carrying her portable laptop. The staircase she walks up doubles as a figure stand. In total, the figure will stand at approximately 250 mm tall (about 9.8 inches). Additionally, Pen Pen is included in the figure set and will look up at Misato when placed next to her.

You can get a better look at the Evangelion Misato figure below: 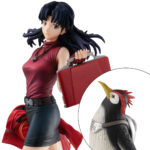 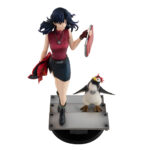 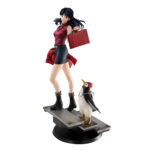 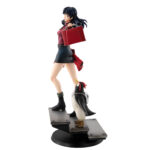 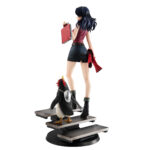 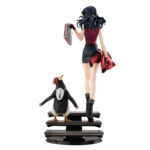 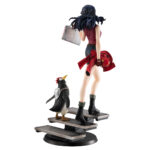 The Evangelion Misato figure will open for pre-order on October 8, 2021, at 1 PM JST (12 AM ET / 6 AM CEST). The figure will cost ¥19,580 (about $175). It will be available on online shopping sites such as Megatreshop and Premium Bandai, among others. There is currently no confirmation on an international release.