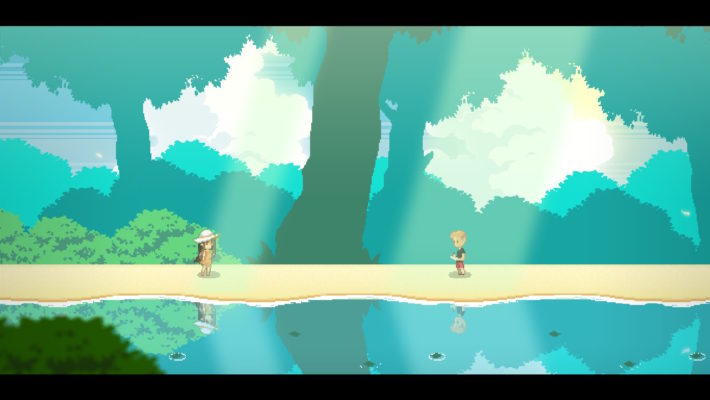 There are certain platformers where the story is as important as the situations you’re trying to solve. It propels you forward. Thomas was Alone is one of these sorts of games, and Evan’s Remains is another. The puzzles you have to run and jump your way through are both challenging and compelling enough, but what really makes Evan’s Remains stick with you is the story it tells and the way everything looks. Wondering what will happen between Dysis and Clover and trying to work out its various mysteries keep things going.

Evan’s Remains involves a mysterious island. A woman named Dysis has been sent there, because a genius named Evan working with a major corporation specifically requested her presence. She gets there and finds a series of odd platforming challenges and a man named Clover there researching an ancient civilization’s secret. After losing contact with her corporate contact, following her communication device being taken from a closed space only she and Evan, the creator of the tech could access. 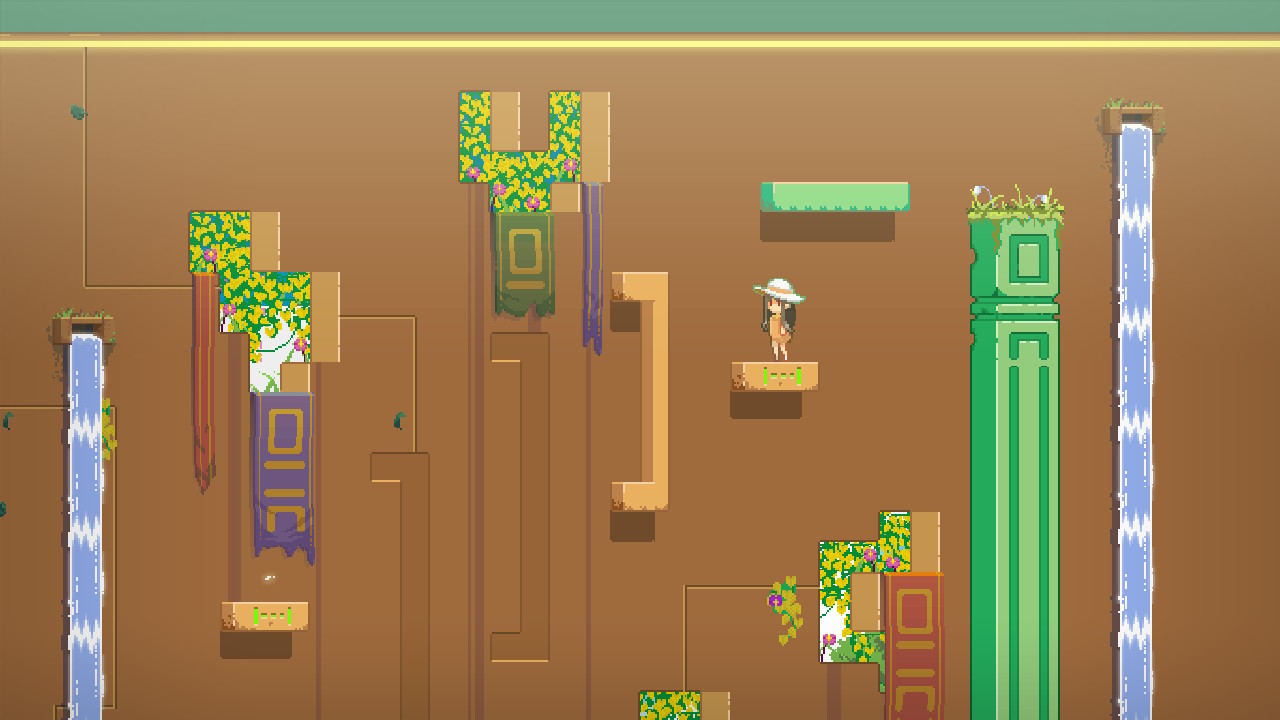 Dysis learns from Clover that the island’s secret is immortality, something he is searching for in order to aid his sister that also happens to be named Dysis. After giving him a false name, Vanille, and learning there might be someone else there, people will work through puzzles for a sense of accomplishment and to keep working through the story.

The puzzles themselves are fascinating. Each one involves platforms that, when Dysis jumps on them, might trigger a reaction. Ones with no markings on them will disappear when touched. Ones with certain markings could do things like teleport, make her teleport, move, or toggle which platforms do or don’t appear. As you might expect, they start out fairly easy and uncomplicated, then gradually increase in difficulty. They’re well handled and tend to involve more thought than tricky moves or dexterity, so as long as you’re thinking about where Dysis will go, you probably won’t have to worry about being able to actually run or make a jump. Not that it is even an issue, because you can skip any puzzle without a penalty to keep going. 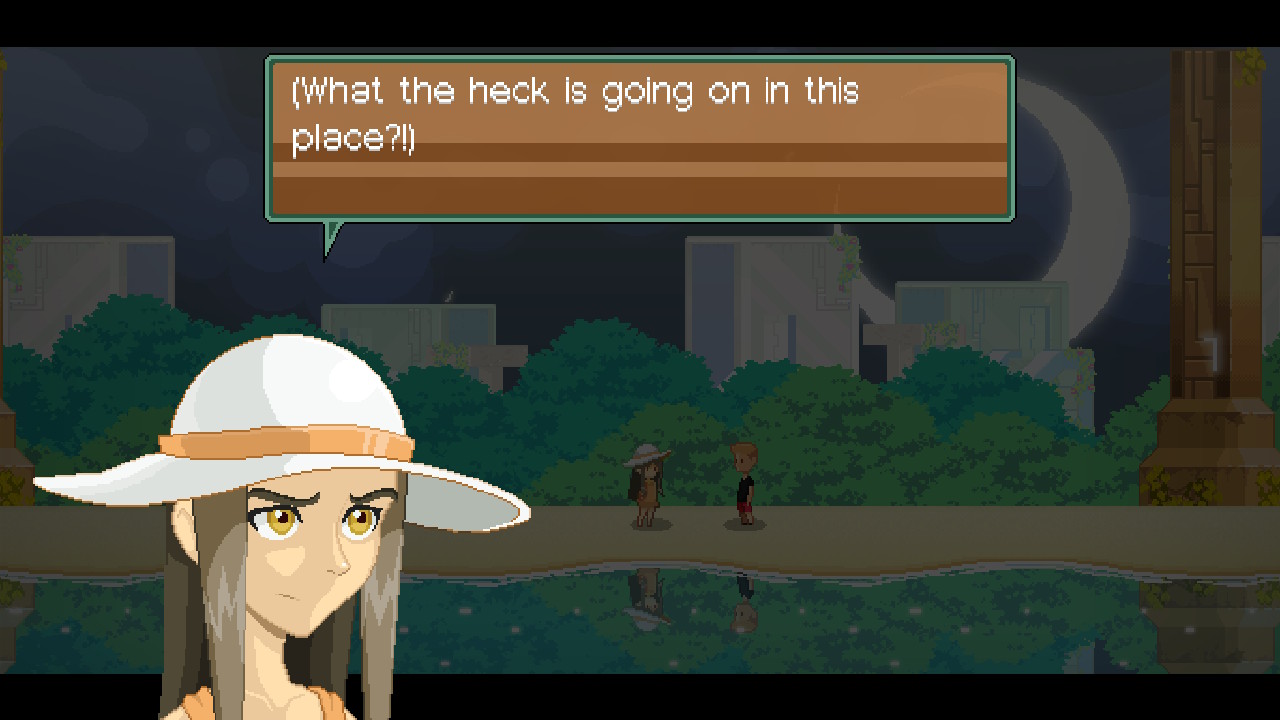 What it all comes down to is a character piece. How much you end up caring about Clover and Dysis determine how much you get out of this. Clover is a genuinely good person. We see him go out of his way for other people multiple times. He helps out anyone and makes the most of his circumstances. He goes out of his way to raise Dysis and do all he can for her. Dysis is our window into everything. The key is building these connections with the characters and seeing how they work out every situation. We watch as they decipher the “levels,” where each one is a word. It’s fascinating and keeps it compelling, especially with its twists.

Why is Dysis there? Why did Evan want her there? Is it all a ploy for a corporation to get the secret to eternal life? And how do you overcome each level challenge? The game leaves you wondering throughout, right up until the end. I’d say the greatest part of the twist comes at the last hour, when you finally figure out everything going on. It all comes down creating a balance where you could be playing through the story to keep experiencing levels or keep getting through those challenges so you can find out what happens to Dysis and Clover next.

Evan’s Remains is available for the Nintendo Switch, PlayStation 4, Xbox One, and PC.