The creators of the 2013 Zelda-like adventure Anodyne, Sean HTCH and Joni Kittaka, have released a preview trailer for their next game, Even the Ocean. It’s coming to Windows and Mac in mid-2016.

Even the Ocean is a 2D action-platformer that follows a woman called Aliph as she investigates a recent string of power plant failures. The game has a unique health bar (or energy) system and also takes some of its level design ideas from Mega Man, while having a Final Fantasy-style world map.

But rather than telling you this information second-hand, Siliconera was able to get the creators of Even the Ocean to explain how the game works to you directly, and also tell you what to can expect when it comes out later this year. Read below.

Even the Ocean is a game about a woman, Aliph, a power plant technician for Whiteforge City, and her story as she travels through increasingly exotic locations. It’s also a game with a single, central game mechanic.

Even the Ocean‘s main mechanic is a two-way energy bar whose balance influences Aliph’s running and jumping speeds. In a way, it acts as health. If it fills to the right or left completely, Aliph dies. However, as the bar grows more towards the right, Aliph jumps higher and runs slower. As the bar grows more to the left, Aliph runs faster and jumps lower. 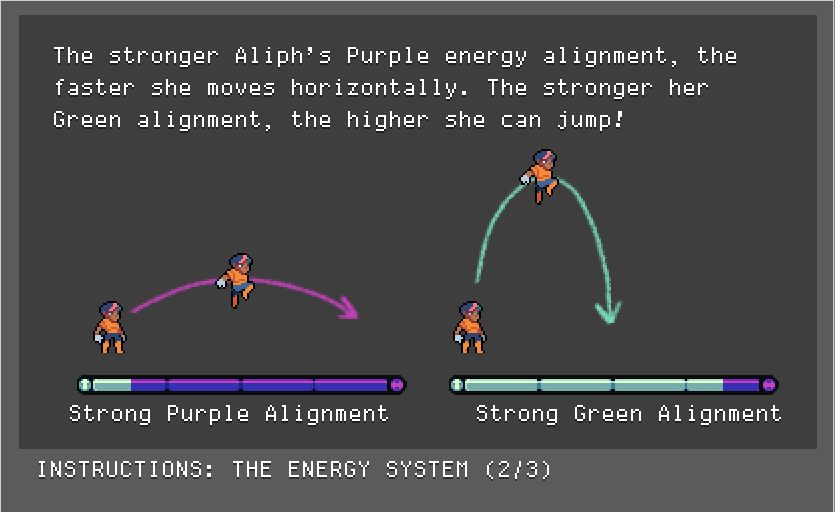 The energy bar’s balance changes based on objects you interact with in the environment, for example, energized gas and explosive plant pods.

Thus, when playing Even the Ocean, the player is always thinking, at least subconsciously, about how the objects in the level influence their motion – each jump, each room, requires some level of planning ahead and calculating where to shift Aliph’s energy balance to in order to make it through the room. This makes playing through the game’s levels feel strangely like some kind of mix of puzzle and combat, although without either of those elements.

This notion of balance underlies every element of Even the Ocean, from its core game mechanic, to some of its story’s themes.

The game’s world is connected by a Final Fantasy-style world map – semi-free roaming. As the game’s story progresses, under orders by Whiteforge City’s Mayor Biggs, you visit different places, such as a beach resort with smooth, rolling dunes, or an autumn-time riverside farming town. You go to these places to talk to and meet the inhabitants, as well as fix the power plants located there. Each character and NPC, no matter how short their cameo – has been written so that even if they have a few lines, it comes off as more of a shard of their character, rather than a one-time joke, or a disposable "Welcome to Castle Town" sort of trope. 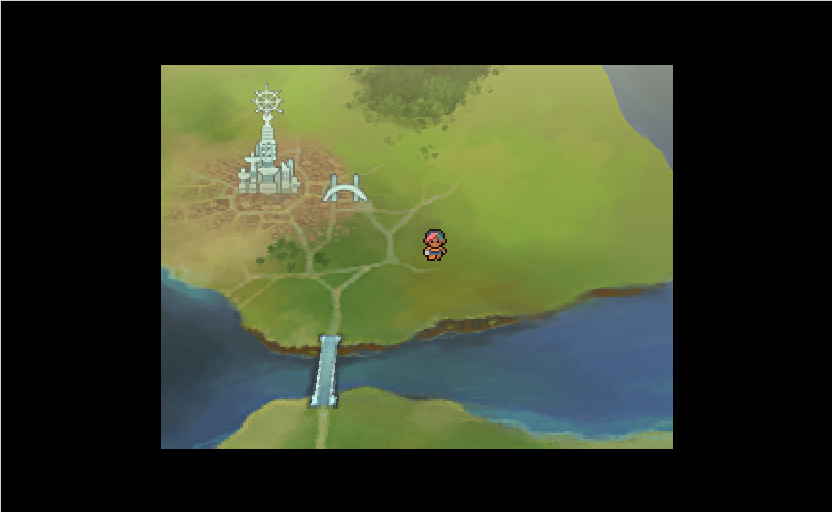 And of course, there might be other places you’ll have to visit, with motives extending beyond just fixing power plants! Each main area of the game consists of a ‘nature area’ and a ‘power plant area’. The biggest difference between these areas is the style of level design.

In nature areas, such as the beach resort, the level design is more influenced by the sorts of geometries we might see in nature – rolling hills, steep canyon walls, bumpy paths through the woods. The focus is on recreating feelings of navigating environments without maps, and on getting a feel for different types of geography. Nature areas are where you meet NPCs and learn their stories. 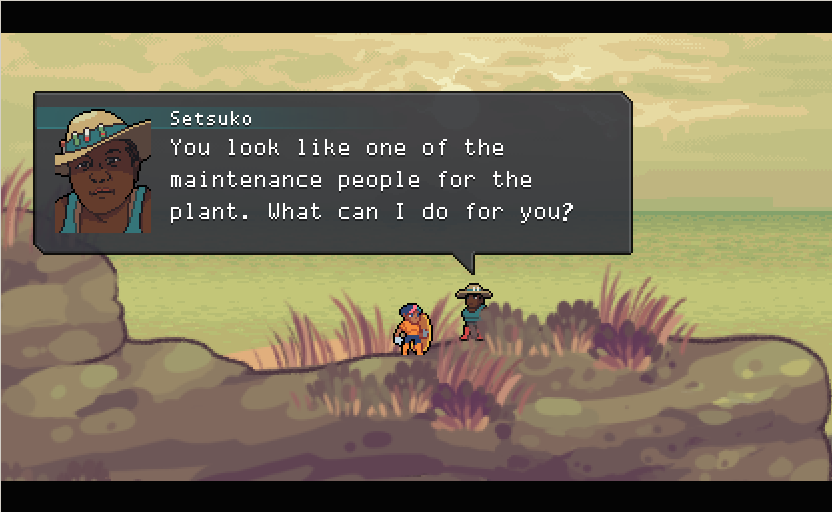 In power plant areas, the levels are laid out much more like Mega Man levels might be. These levels are a series of connected rooms, each with a different challenge for the player to get through. However, the focus here is on challenges based on interesting combinations of basic level elements (like pods or lasers), and ways they influence your motion, rather than difficulty-for-difficulty’s sake challenges. 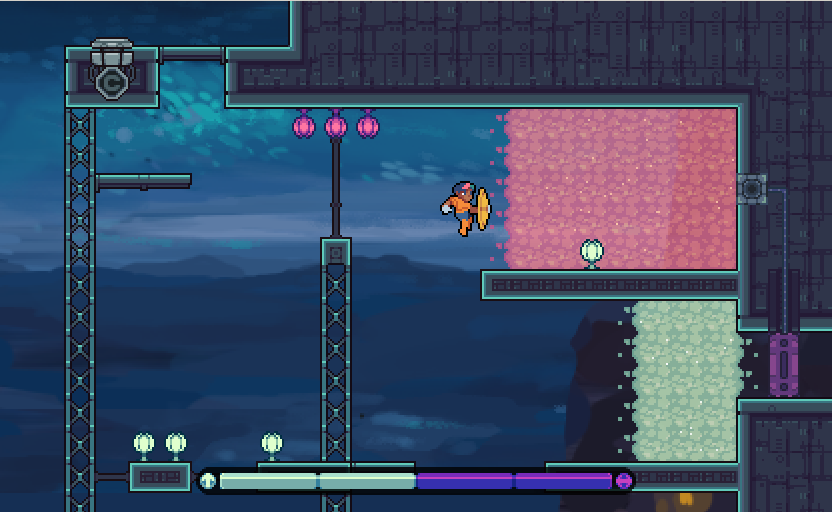 Hopefully players will enjoy Even the Ocean‘s unique mix of storytelling elements and sharp, atmospheric level and world design.