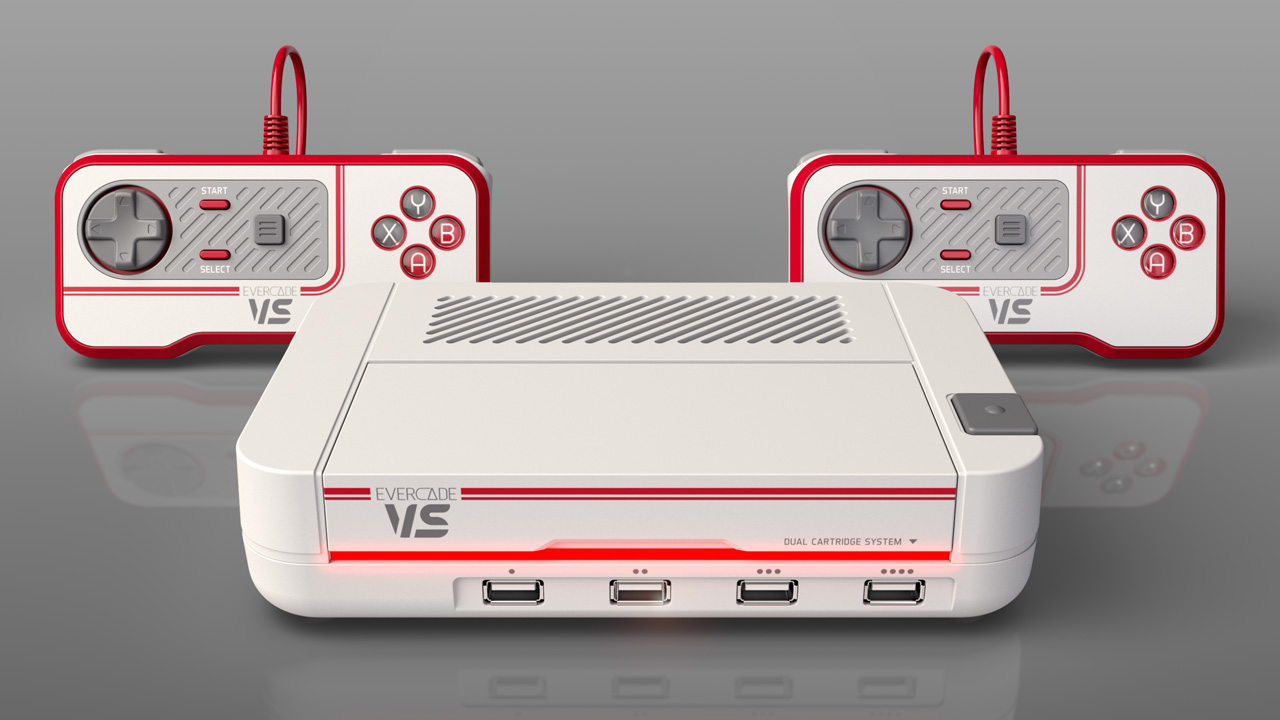 Evercade VS, a new TV-based console that plays existing Evercade cartridges, was announced by publisher Blaze Entertainment. The new system will release on November 3, 2021.

Retailing for £89.99/$99.99/€99.99, the new Evercade VS system allows for multiplayer action with the game’s cartridge-based collections. Official Evercade controllers resemble the handheld but add a few buttons (and the handheld itself can function as an extra controller in a pinch). Evercade VS also supports third-party controllers like the Xbox Adaptive Controller and 8bitdo’s gamepad line.

You can watch the Evercade VS announcement trailer below.

The main selling point of the Evercade VS is its compatibility with the existing Evercade library. This includes more than 260 titles, such as new retrogames like Tanglewood, classic collections from Technos and Jaleco and even a suite of Atari Lynx games. These cartridges save game states, so you can transfer your progress between the two systems. Two carts are incompatible, however. The two Namco Museum collections, which were only licensed for handheld play, therefore aren’t playable on the VS.

Among the Evercade VS’ unique features are two cartridge slots to reduce the need to swap. It also includes TV-specific resolution options for players to customize the display and presentation. Additionally, it sports built-in Wi-Fi for firmware updates. The Evercade handheld does include a limited video out function, but doesn’t allow for additional controllers or display options. As part of this announcement, Blaze said the handheld will be updated to add many of the interface features later in 2021.

You can check out renders of the Evercade VS in the gallery below. You can also screenshots of its new user interface. For example, these include a look at the system options and a glimpse at the new visual presentation.

Preorders for the Evercade VS console will open on May 28, 2021. The base configuration, the Starter Pack, includes one controller and one to-be-announced game. Also available will be a Premium Pack with two games and controllers. Additionally, a Special Edition, with a unique color scheme, will be revealed at a later date. However, none of these options include a USB power adapter or HDMI cable. Blaze said this was done to reduce the console’s price, as most players have these already.

Evercade VS will launch on November 3, 2021. New Evercade cartridges like Intellivision Collection 1 Mega Cat Studios Collection 2 are also on the way.