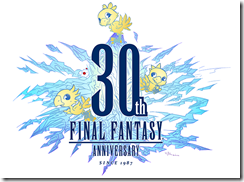 About a month ago, Sony revealed that a Final Fantasy 30th Anniversary Collaboration was in the works for Everybody’s Golf. Now, we know exactly what this involves courtesy of Famitsu. There will be three pieces of DLC, with the Chocobo set for February 26, 2018 in Japan. (Thanks, Ryokutya2089!)

The first is a Final Fantasy 30th Anniversary golf cart design. There will also be a Collaboration Cup that awards people Cactuar caps and clothing for participating and a Moogle costume if you make it into the finals. Finally, for ¥500 (~$4.60), there will be an actual Chocobo people can buy and ride around the golf course instead of a cart.

Everybody’s Golf is available for the PlayStation 4.