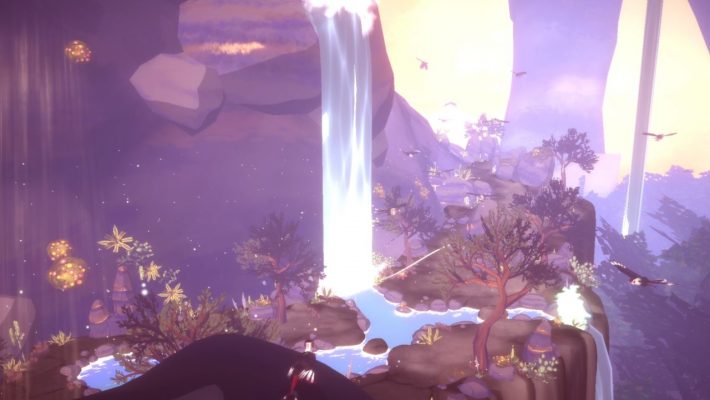 Photography games are making a big comeback and for a reason. It’s an accessible way to get into photography from almost every standpoint. This year alone I’ve tried plenty and one of the main features in each is riding along a set path, snapping pictures of each game’s representative creatures as quickly as you can. Beasts of Maravilla Island does things a little differently, though. Not only does it offer a wide range of creatures, plants and landscapes to photograph, it completely removes the rush of other rail-based photography games.

Exploration and discovery take the forefront as you set about playing as Marina Montez, a girl whose grandfather once explored Maravilla Island, documenting all that he found. As a photographer herself, Marina’s goal is to capture and save the beauty of the island. The opening scene heavily leans into her grandfather’s love for Maravilla Island and makes Marina’s journey feel less like a colonizing job and more like she’s genuinely attempting to showcase and understand the island her grandfather dedicated so much of his life to. 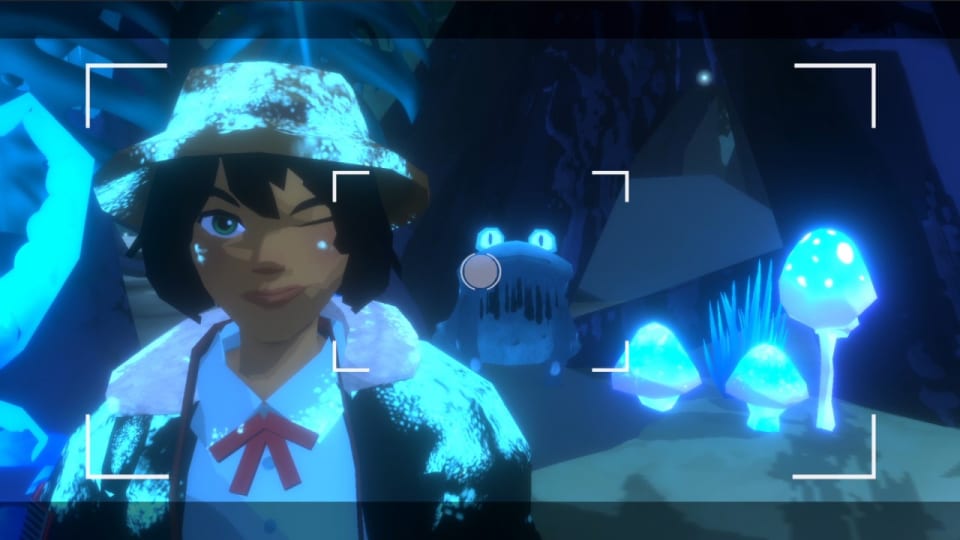 As I previously mentioned, a key aspect of Beasts of Maravilla Island is its reliance upon players feeling immersed in the fantasy of discovering mystical creatures on uninhabited land. You’re free to walk around and almost everything counts as a photo in your journal. That is absolutely the game’s strongest point. It does includes special progression goals tied to capturing creatures in special moments, but that never felt like a chore or typical game objective.

Rather than focus on getting the highest ranking photo of constantly moving creatures, the game wants you to take pictures of all that you find. Shots of scenery and forest landscapes, a picture of the bugs and plants that are all colorful and unique are just as important as recording the animals. Beyond that, the world is rather interactable. 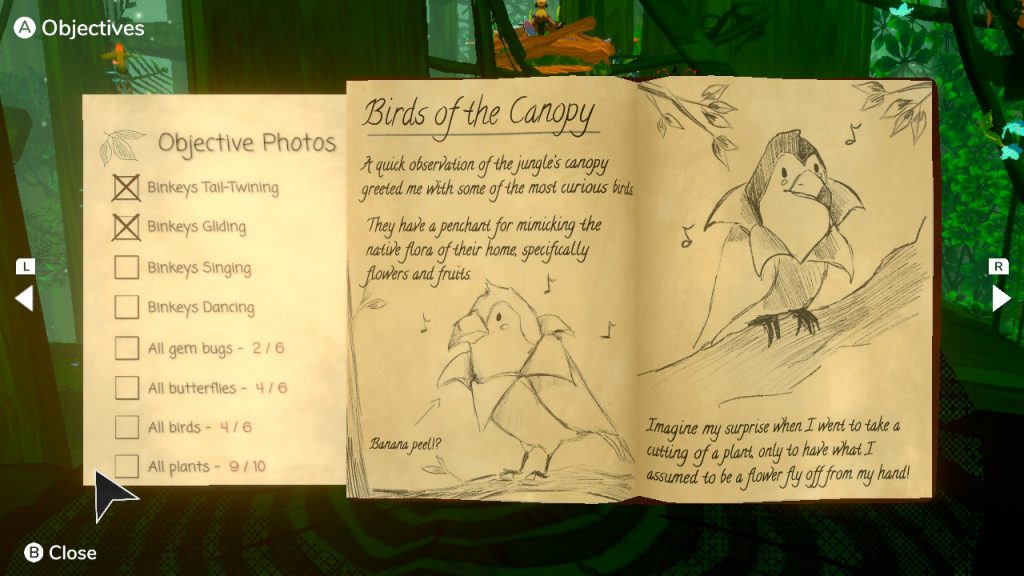 I’ve praised Beasts of Maravilla Island a lot because I genuinely feel it takes multiple photography game mechanics and merges them in an interesting way. That said, expectations should probably be managed going into the game, at least for now. Almost a month out and the game still has some performance issues and general playability issues unrelated to bugs and such. One of the first things I noticed was that movement and camera work (the most important aspects) often felt clunky and slightly out of my control.

Obviously, a game centered around exploring a forest and snapping pics along the way is going to suffer immensely from bad controls. When climbing and navigating around the island, having to deal with both manual controls and the switch’s gyro controls was both frustrating and confusing. While the option to turn gyro off is available, when it’s on it just doesn’t seem to mesh well with other movement mechanics. 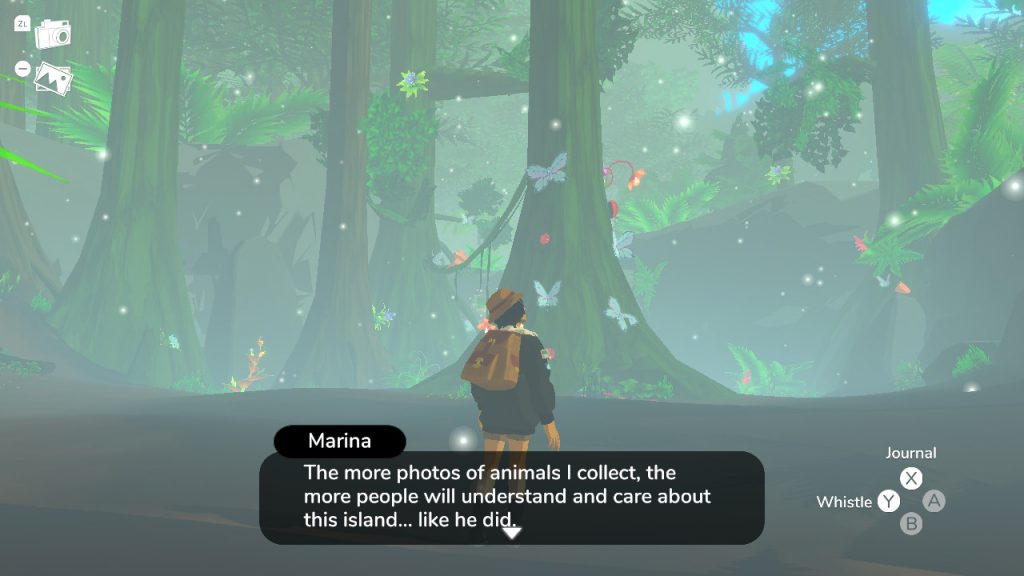 Beasts of Maravilla Island is a beautiful game. It’s colorful and unique in how it presents its creatures. I wish it played better, but that’s really my only complaint. I still greatly appreciate what it tries to do in regards to exploration and photography.

The game is currently available on PC via Steam and the Epic Games Store, and Nintendo Switch.