Cinematographer and film maker Adam Sipione has released a trailer for his upcoming documentary “A Gamer’s Journey: The Definitive History of Shenmue.”

The documentary follows the history of Shenmue through its development, the launch and its financial flop, and the many years after during which fans were desperately hoping for a third game in the series after it was “officially discontinued.” The story of the games is told through interviews with fans, critics, YouTubers, voice actors, and developers in order to present Shenmue as a classic videogame and a masterpiece. 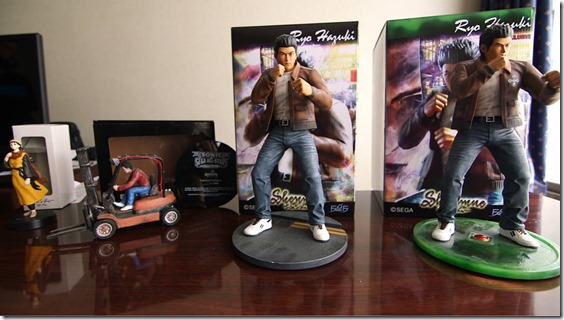 “To me, Shenmue is more than just a game,” Sipione writes. “It has influenced my life in many positive ways and was also the reason I decided to go to film school. Shenmue presented you with this interactive world that felt more real than any other video game at the time, and on top of that it had a captivating and engaging story. It was this story that led me to pursue a career in film because it made me want to tell stories for a living. I have had some amazing opportunities in my career and without Shenmue I would probably be a completely different person.”

The documentary was started well before Shenmue 3 was announced at E3 but this has since been incorporated into the documentary too.  And so it also looks towards what fans hope for in this third game. You can follow the documentary’s progress on its Facebook page.