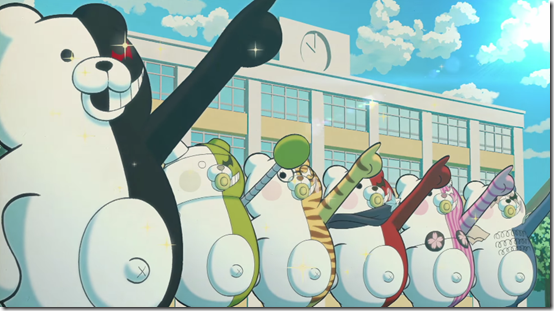 Fate series writer Kinoko Nasu recently talked about the present and future of Fate/Grand Order in a 4Gamer interview, where he also shared his love for Undertale and talked about recent gaming habits.

Below is a segment from the interview with freelance writer Mafia Kajita:

Mafia Kajita: The interview is almost over, but I want to ask you something a little off topic. You previously brought up Undertale and New Danganronpa V3, but I was surprised to hear that you’ve played through those games.

Kinoko Nasu, series writer: “It’s difficult to enjoy games since I’ve been so busy, but I was finally able to make some time for them during the break. I was swamped with work during the first break, but things settled down a bit for the second, so I went ahead and played Undertale which I heard was a good game that could be finished in a couple days.

That’s great to hear that you’re in top shape as a gamer, Nasu-san. It might be a bit late to ask this now, but how did you feel about Undertale?

Kinoko Nasu: “I’m not sure how should I put it… It was kind of like remembering something you had forgotten. I believe this work has an ‘excessively pure heart’ that believes in itself as a game, but it also has a ‘hardened mind’ that knows its limits as a game. In short, Undertale basically has Danganronpa 1~3 in a bundle.”

Kinoko Nasu: “So the first playthrough of Undertale is Danganronpa, then Danganronpa 2 is the Pacifist Route about not losing hope, then we have Danganronpa V3 as the Genocide Route that delivers the coup de grace to the world. I enjoyed the hell out of it, but it was also shocking, although I would say Kodaka-san (Danganronpa creator Kazutaka Kodaka) may have taken more damage than I did. [Laughs]”

I’d love to hear what Kodaka-san has to say about that. [Laughs]

Kinoko Nasu: “Actually, what surprised me is that the game has already been out for over a year [Editor’s note: Released August 2017 in Japan]. Everyone online already talked about everything, so it kind of feels like an after-party now. And here I am, really wanting to partake in the actual party—I swear it doesn’t get any sadder than this!”

Spending your precious break playing video games. You’re a true ‘otaku’ to the end, Nasu-san. But that makes me really happy.

Kinoko Nasu: “I’ve been learning a lot from playing such a loved and outrageous game. I’m making the most out of my time playing it too. I play as much as possible. While playing, there are times I would be surprised by new discoveries that make me think ‘So you can also do it like that!’ and such. I don’t like playing good games with a guilty feeling, so I try to save up my break time to at least play through one of them. I play games for about an hour a day, but it tends to end up being a game that doesn’t take much effort. However, when playing a good game like Undertale, I make sure to take some time off to play. If anything, the games I play daily are more for relaxing.”

I know how that goes. It’s a shame when you want to play a masterpiece but just don’t have the time for it.

Kinoko Nasu: “Although I will say that playing Undertale got me itching to play more ‘good games.’ I couldn’t help it and bought Marvel’s Spider-Man. However, I have it tucked away as I keep telling myself ‘I’m going to play it next weekend!’ for now.”

So doesn’t that mean you have less time to check out movies and books?

Kinoko Nasu: “Nope, I make sure to watch at least one movie a week. For a form of entertainment that uses the most money, they conclude in such little time. As someone involved in creative work, it doesn’t get any better than that. I can always read books anywhere, but playing video games require playing in front of a screen… so it’s not the same where I used to be able to say ‘I’m going to game all weekend!’ back in the day. Speaking of which, back then it was a good month when it had the release of at least one game that you liked, but nowadays it feels more like two or three games a week. At this rate, it’ll be impossible to play all the games I want while I’m still alive!”

Following the interview, the aforementioned Kodaka-san tweeted the following:

“How rare to have an interview with Nasu-san. Just as I was thinking what a great read it was, I was surprised to see my name suddenly brought up like that.

Undertale is available for the PlayStation 4, PlayStation Vita, Nintendo Switch, and PC. You can check out more from the interview with Kinoko Nasu in our previous report.