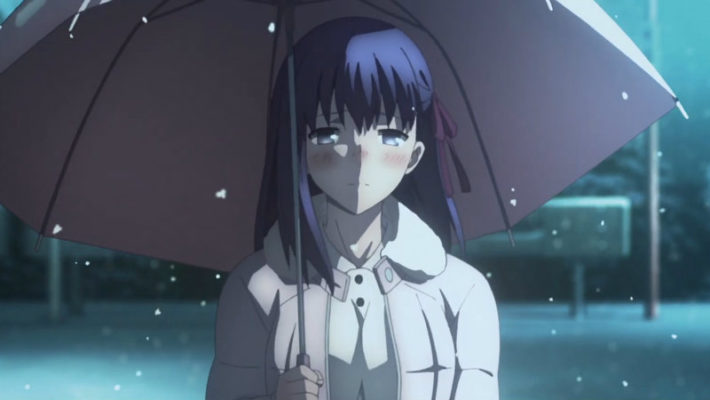 Just one day after Aniplex announced more United States showings if Fate/stay night Heaven’s Feel III. spring song, COVID-19 pandemic-related theater closings and cancellations have resulted in details about how to obtain ticket refunds. There are also promises about an update regarding potential showings of the third and final film. Details arrived on November 18, 2020, the same day the film was supposed to make its US theater debut.

It all started with potentially good news. The last of the three-part film adaptation of Fate/stay night’s Heaven’s Feel route, which focuses on Shirou Emiya and Sakura Matou had more screenings added on November 17, 2020. This would have given people a chance to see it in a theater between November 18-24, 2020 with Fathom Events showings.

However, over 24 hours later, the official Twitter account confirmed that new pandemic precautions led to many U.S. theaters temporarily closing as a safety measure. It provided refund information for AMC, Atom, Cinemark, and Fandango, an apology, and a promise to eventually provide more news about Fate/stay night Heaven’s Feel III. spring song showings. No update was offered regarding the Canadian showings of the trilogy, which are set to begin in theaters on November 21, 2020.

Fate/stay night Heaven’s Feel III. spring song debuted in Japan back on August 15, 2020, following a pandemic-related delay. At its last report in September 2020, over one million tickets were sold in Japan. Its US theatrical debut was set for November 18, 2020, and it will appear for the first time in Canada on November 28, 2020.