Just in case your life was lacking in corruption borne by the mud flowing from the Holy Grail, the Bandai Fashion Collection is here to help. It’s releasing a new line of Fate/Stay Night stockings and nightwear inspired by the Fate/Stay Night: Heaven’s Feel Part 3 ~Spring Song~ film (thanks, ANN).

The film, which was delayed several times due to the ongoing pandemic, will debut in Japan on August 15, 2020. Animated by studio Ufotable, Spring Song will close out the trilogy of films animated to adapt the third story path in the original Fate/Stay Night visual novel. Heaven’s Feel focuses on the relationship between protagonist Shirou Emiya and Sakura Matou, and Shirou’s decision to abandon participation in the Holy Grail War to help Sakura. Check out a trailer for the film below:

As for the apparel, the items are currently available for pre-order online. They’re patterned after Dark Sakura and Saber Alter, who both appear in the Heaven’s Feel trilogy. Saber Alter is the corrupted form of the Servant Saber (aka Altria Pendragon), and Dark Sakura is the tainted, murderous persona of Sakura herself.

The Fate/Stay Night stockings come in an array of designs. One can choose knee-high socks to match the patterns on Saber Alter’s dress, or even the markings on her blackened Excalibur Morgan sword. Sakura’s tights, meanwhile, emulate the black-with-red-trim of her outfit, though one version of the design makes it look like the lower legs are exposed skin, covered in blood-red markings, like Dark Sakura’s own. Each set will cost JPY 6,600 (about USD $63).

Besides the Fate/Stay Night stockings, there are also nightwear items in the form of negligee dresses emulating the look of Saber Alter and Dark Sakura’s clothing. Saber Alter’s dress may be recognizable from Fate/Grand Order as Altria Pendragon (Alter)’s third-level Ascension design, and Sakura’s continues with the look of her Dark Sakura outfit. The nightwear goes for JPY 11,000 each (about USD $104). 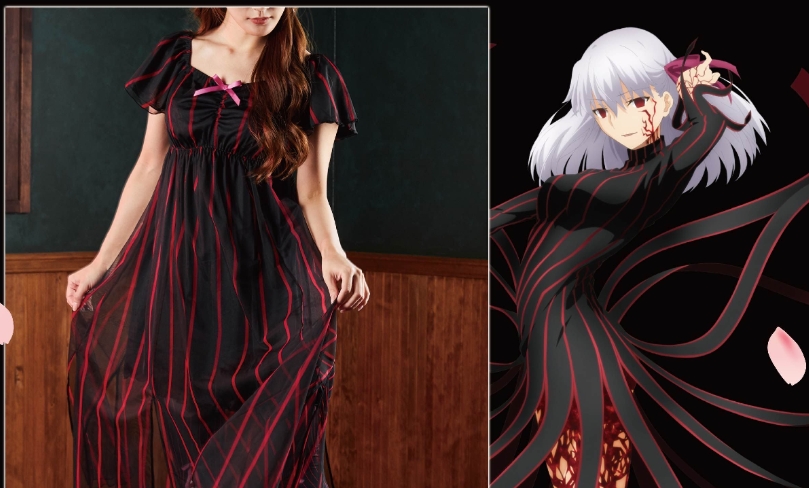 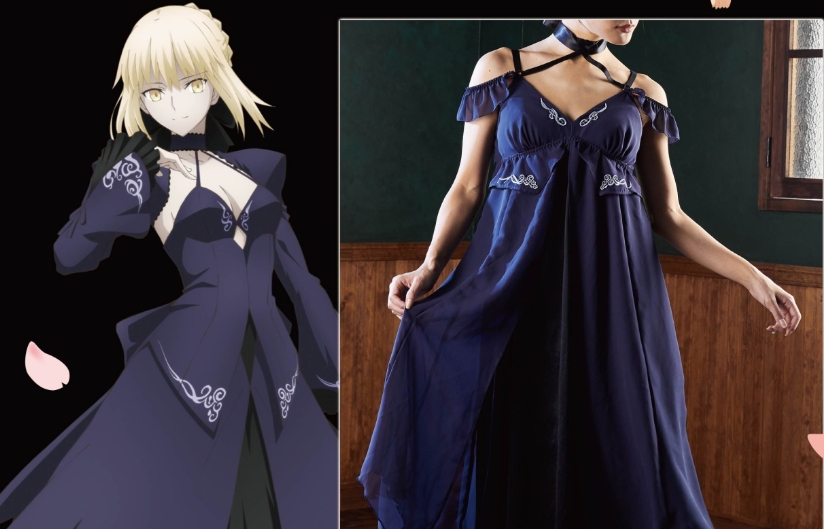 The Fate/Stay Night stockings and nightwear are available for pre-order in Japan and scheduled for an October 2020 release. Fate/Stay Night: Heaven’s Feel Part 3: Spring Song will open in Japan on August 15, 2020.