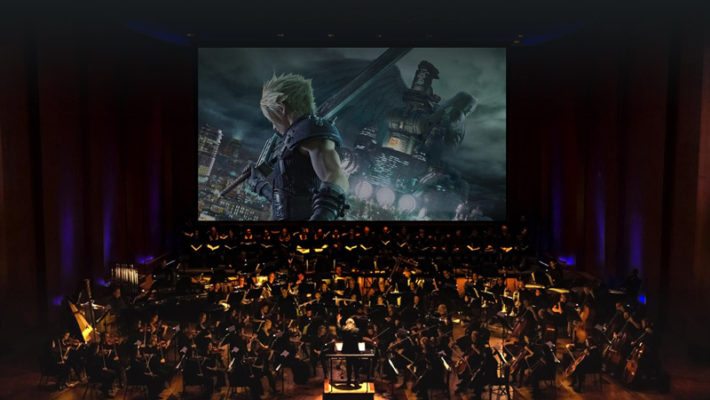 Square Enix will hold a live stream of the Final Fantasy VII Remake Orchestra World Tour in Japan on February 13, 2021. This stream replaces the Tokyo performance, which was officially canceled on January 15, 2021, due to worsening situations caused by the COVID-19 pandemic. The Tokyo Philharmonic Orchestra will do a live performance of FFVII Remake songs without any physical audience. [Thanks, Gamer.]

The online shift also brought in some changes to the staff appearances. As the American world tour conductor Arnie Roth is unable to attend, his role will be substituted by Shinpei Sasaki. Square Enix’s Yoshinori Kitase, Masashi Hamauzu, and Mitsuto Suzuki were initially scheduled to appear in person, but they have opted to send video messages instead.

The Japanese FFVII Remake orchestra live stream will be available exclusively on Niconico, with tickets available for purchase at 4,500 yen. The show will begin at 17:00 JST. A special pre-show with bonus footage will also be played beforehand from 16:20 JST. The online ticket sales are available until March 7, 2021, as users can apply for delayed time-shift viewing until March 14, 2021.

However, the English webpage noted that this stream will only be viewable in Japan. Physical performances in Osaka and other countries are still being planned at the moment. The earliest show currently being scheduled outside of Japan will occur in Paris, France, on May 30, 2021. The Los Angeles and Atlanta shows have since been rescheduled to October 23, 2021, and December 29, 2021.

The Final Fantasy VII Remake Orchestra World Tour will perform background music and songs from the PlayStation 4 RPG. It has won various awards, including the Best Score/Music in The Game Awards 2020.