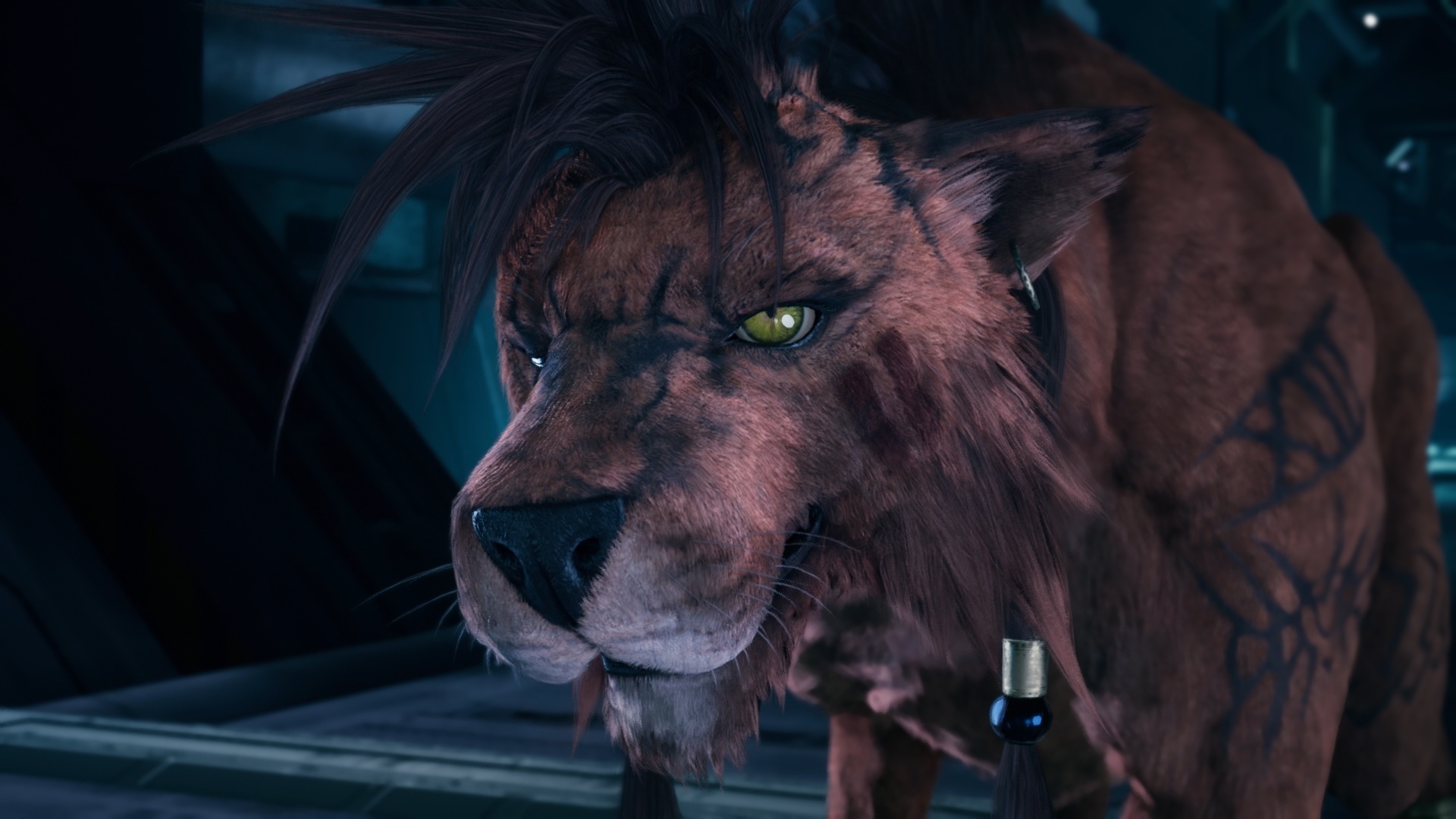 Square Enix’s Final Fantasy VII Remake Twitter account has been spending time over the last few weeks giving closer looks at character art and offering mini-profiles. Now, one of the most recently revealed cast members has had a chance to get some love again. The Final Fantasy VII Remake Red XIII design was shown off with an old screenshot and two new pictures showing off the character’s design.

In the description, Square Enix reminds us that Red XIII isn’t really Red XIII’s name. That’s the moniker the people at Shinra assigned him when they were examining and conducting tests on him. He has been treated as a research specimen since the Shinra Science Division’s employees got their hands on him, but Cloud and the party have a chance to set him free and bring him on as an ally.

In the original Final Fantasy VII, Red XIII is known for being one of the fastest characters in the party. He’s also great at physical and magical attacks, especially since his Limit Breaks in the original game would do things like increase his stats, restore his health and MP, or even add the Berserk and Haste status effects to him.