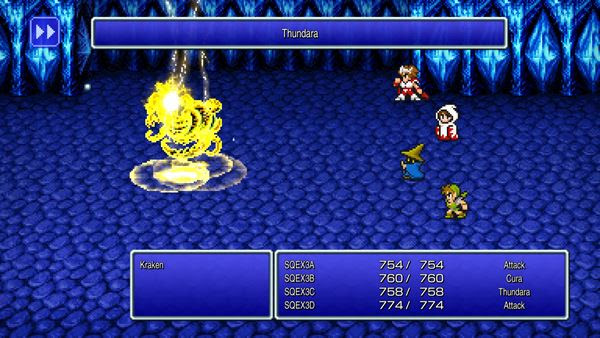 The Final Fantasy Pixel Remaster trailer Square Enix released, then pulled, is officially back. The one and a half minute video briefly looks at the six games in this new series of rereleases. There’s a mix of both gameplay and official art shown. Square Enix also released a statement from Nobuo Uematsu talking about the games’ soundtracks.

First, here’s a look at the previously pulled video. As before, it mentions the July 2021 release window at the end. The first three games in the series will show up on July 28, 2021. While only FFI, FFII, and FFIII have release dates, all six games show up in this trailer.

As for Uematsu’s statement, he confirmed each Final Fantasy Pixel Remaster game will have a rearranged soundtrack. He noted that each one is a “full-scale track.” Here’s his full comment regarding the games.

We are rearranging all the music tracks this time. One of the first ideas I had was to make sure to stay faithful to the originals, but of course I couldn’t just leave it in the original 3-tone sound, so they have been built up into full-scale tracks. I have made sure that the original atmosphere has been retained and each can be listened to as separate music pieces, so that fans can enjoy.

Final Fantasy Pixel Remaster FFI, FFII, and FFIII will come to PCs via Steam and both Android and Apple iOS devices on July 28, 2021. As a reminder, the PC and mobile versions of past Final Fantasy games getting remastered versions will be delisted in July 2021.