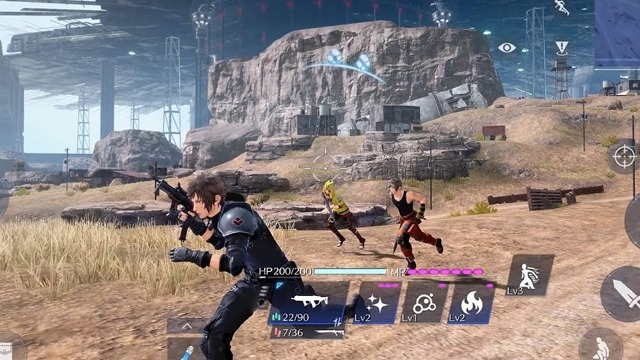 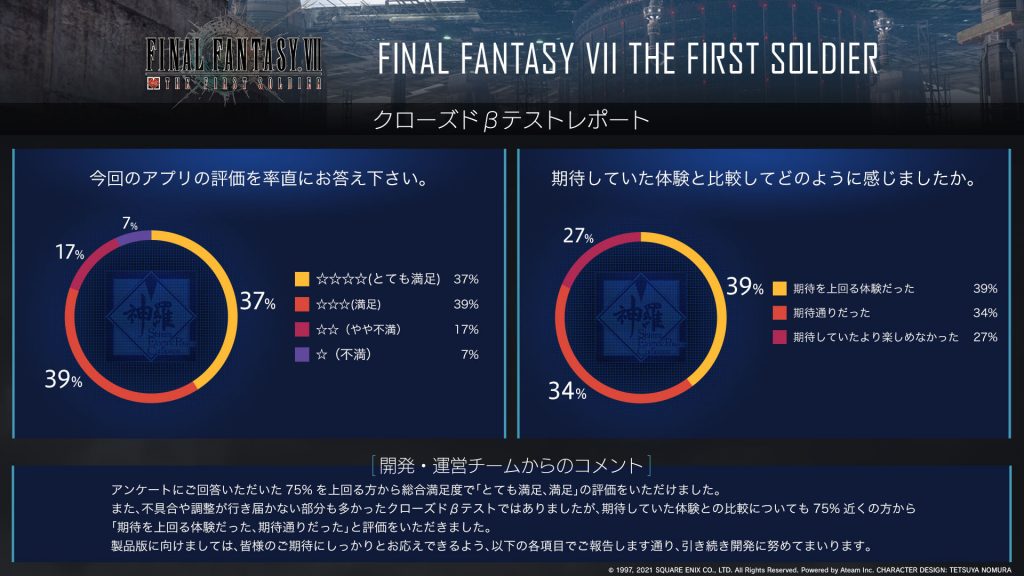 The general reception to the Final Fantasy VII The First Soldier CBT also included impressions regarding the graphics and general design of the arenas. Players stated that the environments looked good. Also, while some players said they weren’t necessarily good at battle royale titles, they enjoyed their experience. Additionally, players provided feedback in relation to how different each job felt. Over 60% of users stated that they felt as though there was a difference when selecting different jobs.

Final Fantasy VII The First Soldier will appear on Android and iOS devices in 2021.