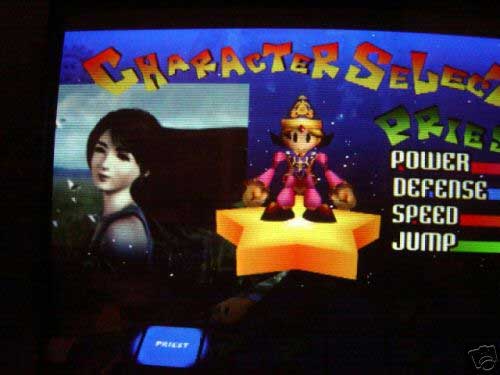 Another day, another prototype found by the eBay scouts at GameSniped. While chronicling unreleased video game auctions is the norm over there, Toon Panic is quite unusual. It’s a cancelled Nintendo 64 Power Stone-like game developed by Bottom Up. Not too strange, but the cancelled game has Riona from Final Fantasy VIII in it! She isn’t the only unsolicited Final Fantasy cameo, Zell also appears as placeholder art (?) in the early version. I’m guessing, Bottom Up planned to switch the art by the final release, but that never happened. All that exists is this prototype cartridge.