Koya joined Nintendo in 1994 and headed the character design for the Super Nintendo’s Fire Emblem: Mystery of the Emblem, and reprised his role as character design lead in 1996’s Fire Emblem: Genealogy of the Holy War. When development for Fire Emblem: Thracia 776 began, Koya stepped down. Shouzo Kaga, the series director who left Intelligent Systems after that game, noted in the Fire Emblem: Genealogy of the Holy War art book that “Koya and I both thought his contributions weren’t quite up to par,” pointing to differences between Kaga’s own drawings and Koya’s original designs.

Above are some images from the art book. You can view more of Koya Katsuyoshi’s work from the Fire Emblem: Genealogy of the Holy War art book in this gallery.

After stepping down, Koya joined the development team for Bealphareth, an action-RPG developed for the PSone by Zealsoft, as the lead character designer. He worked closely with Masaya Kuzume (Panel de Pon, Tetris Attack), the sound composer for Mystery of the Emblem whom he knew from his time with Nintendo and Intelligent Systems. After the game’s release in 2000, Koya was approached by NTT Publishing Co., Ltd. and asked to provide illustrations for the newly dreamed up Fire Emblem Trading Card Game. This is where the bulk of Koya’s legacy was formed.

The Fire Emblem Trading Card Game was never released outside of Japan, and it didn’t include characters from Fire Emblem Gaiden, The Binding Blade, Fire Emblem, The Sacred Stones, or Path of Radiance. Instead, the series focused on Genealogy of the Holy War, Thracia 776, and Mystery of the Emblem. Though he was not the original character illustrator for these titles, his illustrations for the TCG have widely replaced contemporary representations of the games. 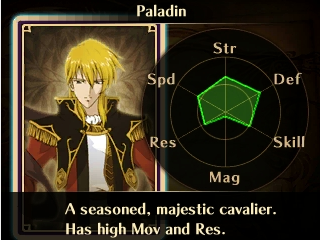 In fact, some of the Unit Portraits for characters from Genealogy and Thracia 776 used in Fire Emblem: Awakening for DLC and SpotPass characters feature Koya’s work over the original character designer’s. Koya’s final contribution to the Fire Emblem videogame series was artwork for Lena and Barst, who appeared in the DS version of Fire Emblem: Shadow Dragon.