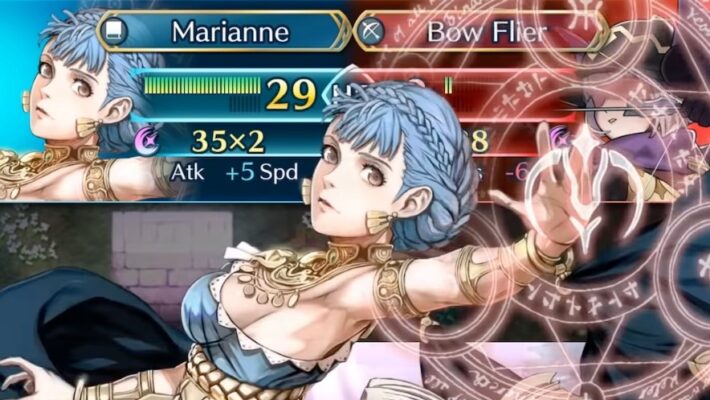 Intelligent Systems and Nintendo didn’t just reveal the Fire Emblem Heroes Choose Your Legends 5 characters on August 15, 2021. They also showed off their skills. In a follow-up video, the companies showed how the CYL Eirika, Gatekeeper, Marianne, and Marth Fire Emblem Heroes movesets look.

First, there’s Eirika: Pledged Restorer, a Fire Emblem Heroes CYL unit dressed as her brother Ephraim. In keeping with that theme, she’s wielding his weapon. In addition to the spear Binding Reginleif, she can use Luna and knows Surge Sparrow, Moonlight Bangle, and Atk/Spd Menace. 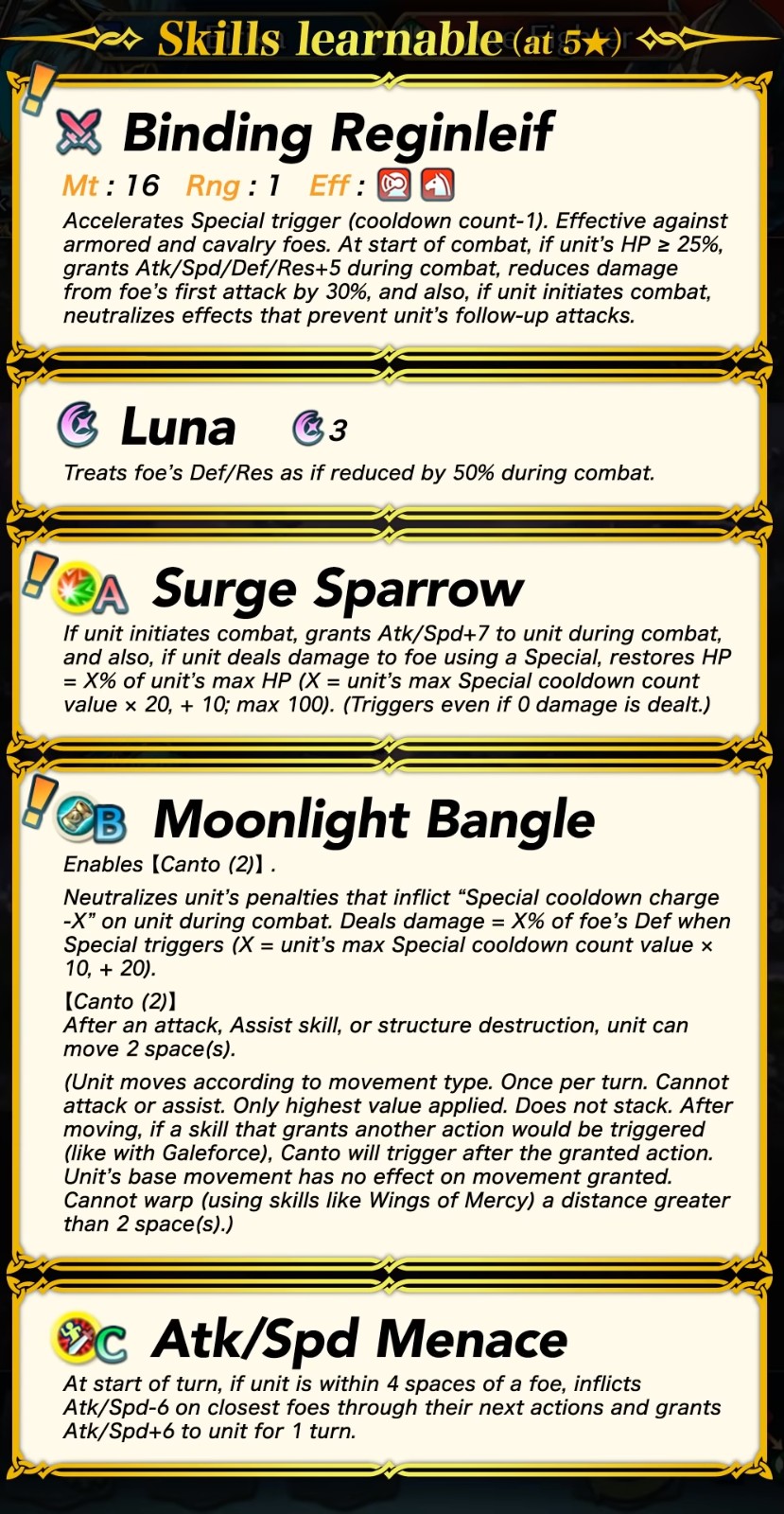 Next is Fire Emblem Heroes Gatekeeper: Nothing to Report. Instead of using the spear he holds to directly attack, Charging Horn summons allies to appear from the gate he’s guarding to assault enemies. He also knows Harsh Command+ and defense-boosting and protecting skills like Close Reversal, Detailed Report, and Joint Drive Def. 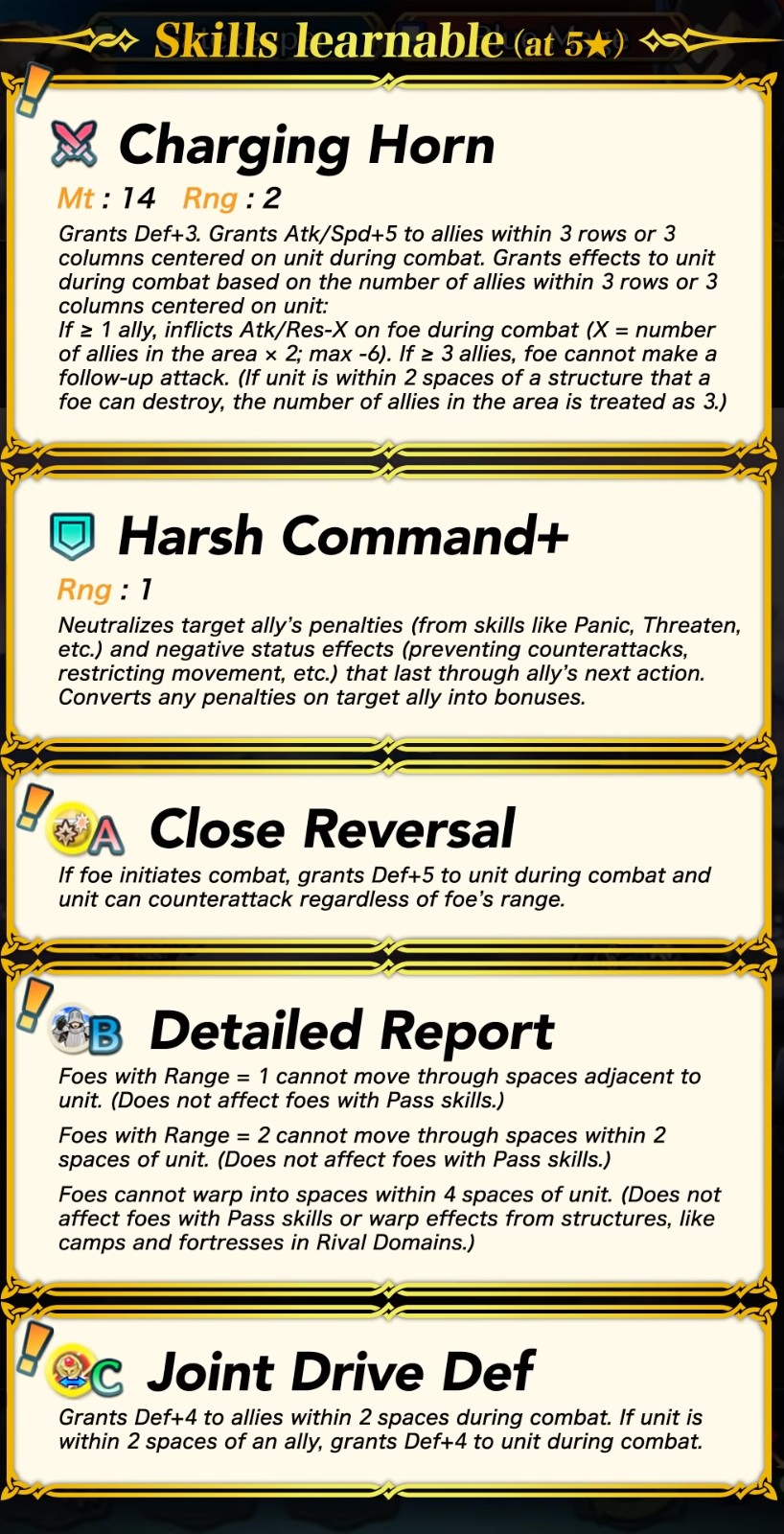 The CYL Marianne in Fire Emblem Heroes is a “dancer” who doesn’t have a Dance assist skill. Rather, her Requiem Dance special handles it. She wields the Phantasm Tome and has the Atk/Spd Unity, Null Follow-Up 3, and Time’s Pulse 3 skills. 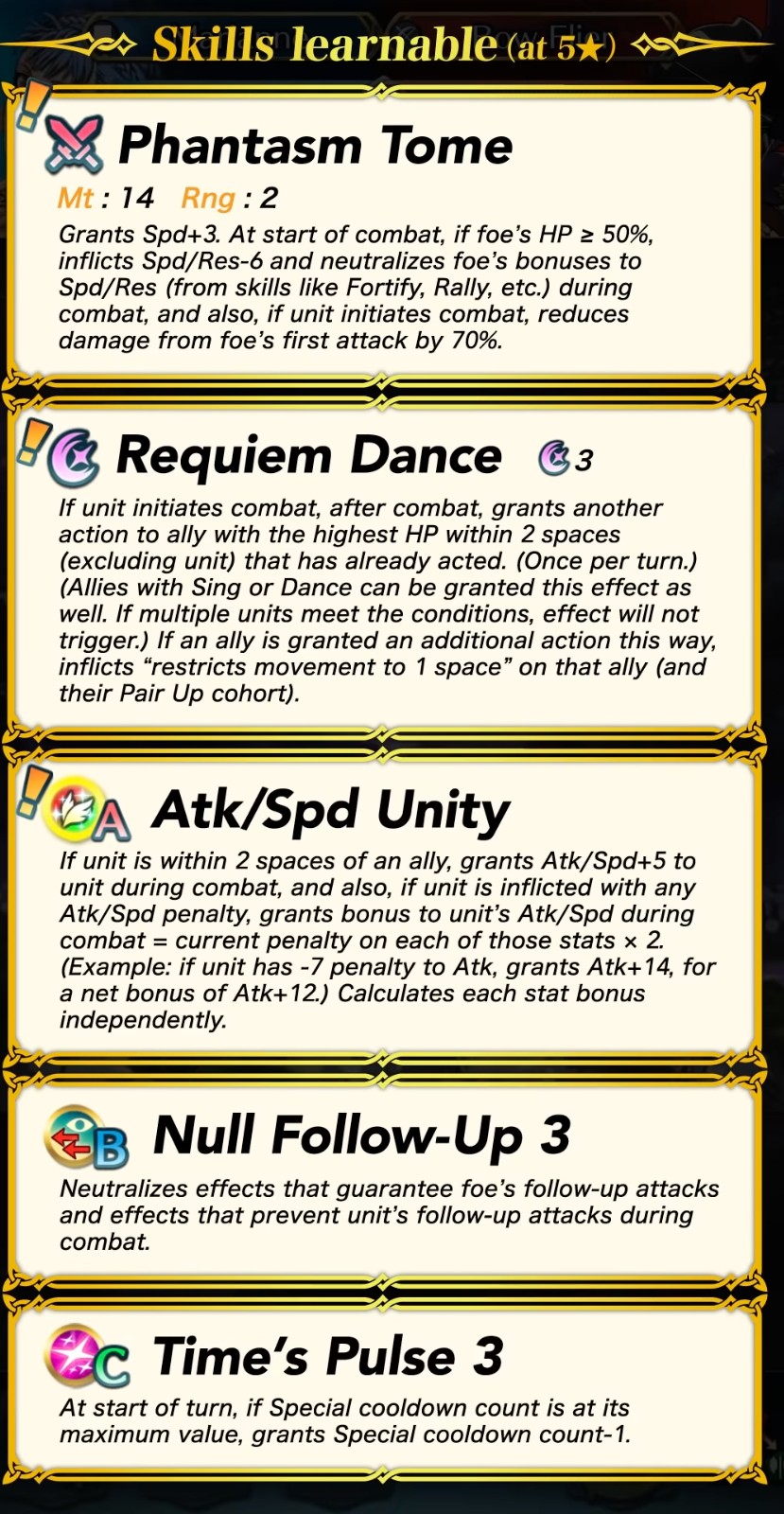 Finally, there’s the newest version of Marth in Fire Emblem Heroes. He wields the Genesis Falchion and has Shining Emblem as his unique Special. He also knows Distant Pressure, Spurn 3, and Even Tempest 3. 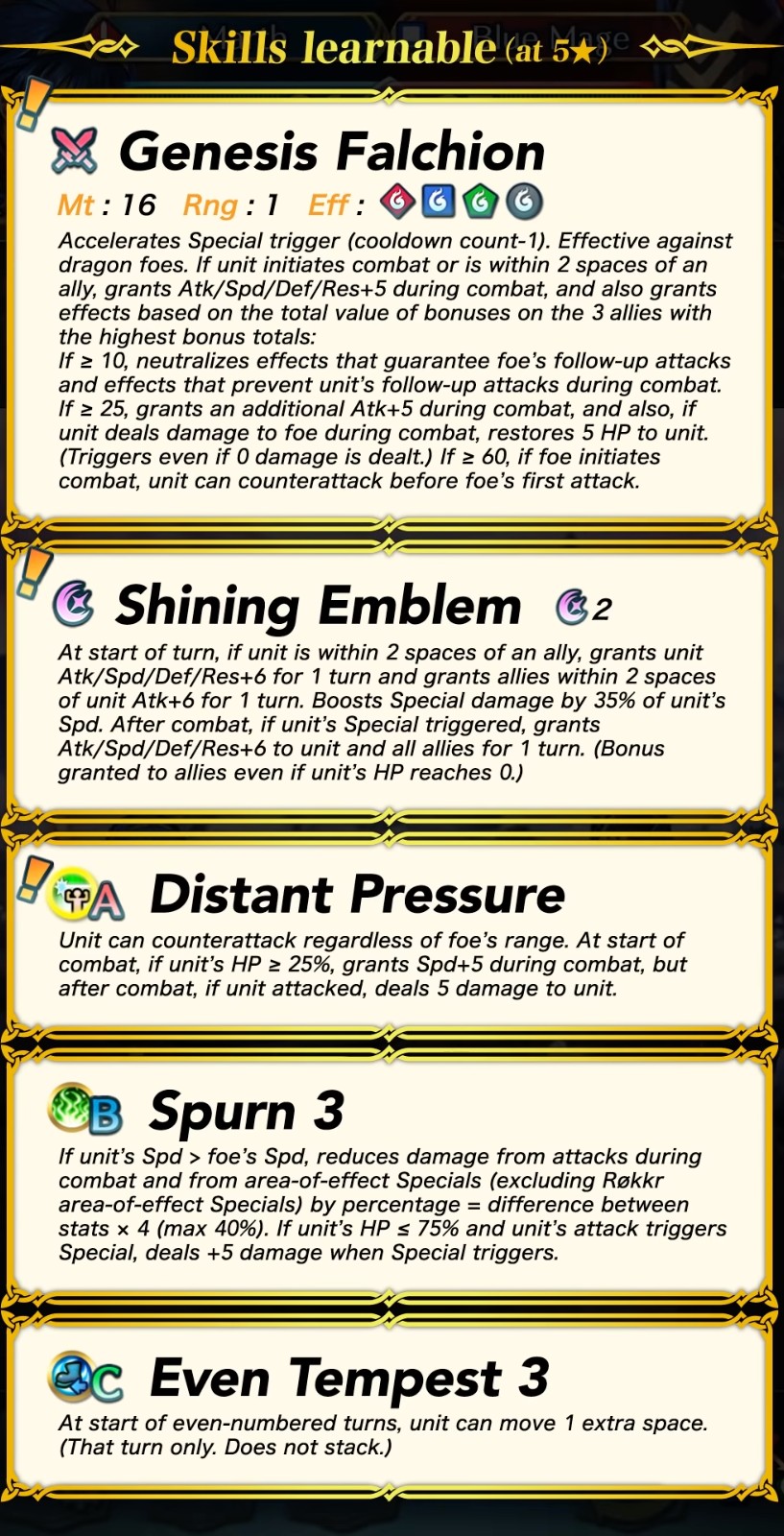 Here’s the full video looking at all of the characters’ attacks in Fire Emblem Heroes.