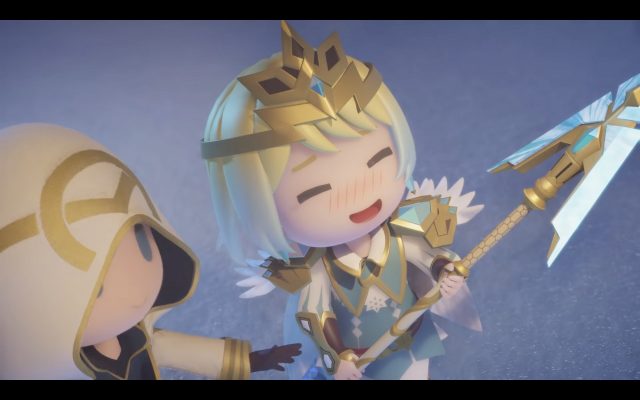 There’s a new Ice & Flames Tempest Trial+ in Fire Emblem Heroes and, while it will have beach-themed characters, it will also focus on Fjorm. The storyline will pick up after the events of Book II, which introduced the heroine and her family, and include an introduction to a god. There’s also a refresher trailer to go with it, to remind people what happened in Book II.

Tempest Trials, in general, don’t tend to have much of a story in Fire Emblem Heroes, so this isn’t extensively detailed. Rather, we find Fjorm meeting Nifl and making a contract. We will also apparently get a better idea of how this affected her since.

Here’s the Fire Emblem Heroes Book II Chibi Playhouse offering a wordless lead-in to Ice & Flame 1, with Fjorm, the Summoner, and Surtr as its stars. There are spoilers for that chapter in the game’s story.

As for this latest entry in the Tempest Trials+ challenges, Ice and Flame 1 will feature the Summer’s Dream banner characters as bonus units. It will also give people a chance to earn Infantry Rush 1 and Spd/Res Form 1 Sacred Seals. Its reward units will be four and five-star versions of Norne: Seaside Volunteer.

Fire Emblem Heroes is available for Android and Apple iOS devices, and its Ice & Flame 1 Tempest Trials+ starring Fjorm will be available until July 19, 2021.