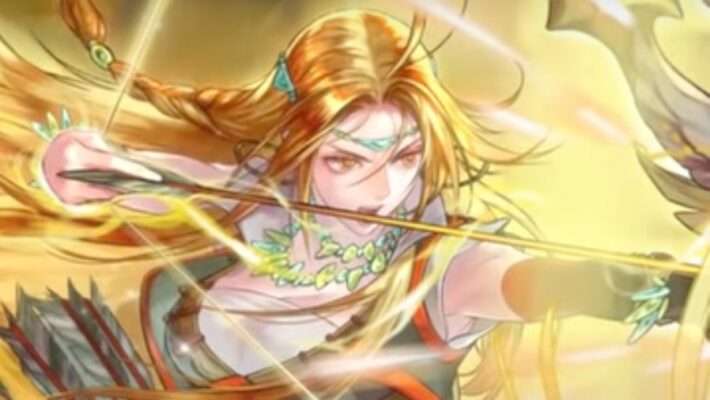 One of Fire Emblem: Genealogy of the Holy War’s Twelve Crusaders will join Fire Emblem Heroes as a Mythic Hero. Nintendo announced the next Mythic banner, which will appear on July 30, 2021. When it does, it will add Ullr: The Bowmaster to Fire Emblem Heroes.

While Ullr wasn’t playable in her original game, she was something of a legendary figure. She was also the wielder of Yewfelle, which this blue infantry archer will use in-game. Her Holy Yewfelle will be a 14 MT bow with a range of two that’s effective against flying units. It will accelerate the Special trigger, resulting in a -1 cooldown. It will also have the trait, “If unit initiates combat or if foe’s HP is greater than or equal to 75% at the start of combat, grants Atk/Spd+6 to unit during combat and neutralizes penalties to unit’s Atk/Spd and effects that inflict ‘Special cooldown charge -X’ on unit during combat.”

Here are the other skills Ullr will have in Fire Emblem Heroes.