At the very end of the Japanese stream for Super Smash Bros. Ultimate, where Byleth was announced as the final Fighter Pass 1 character, a new trailer for the upcoming ‘Cindered Shadows’ side story was shown. 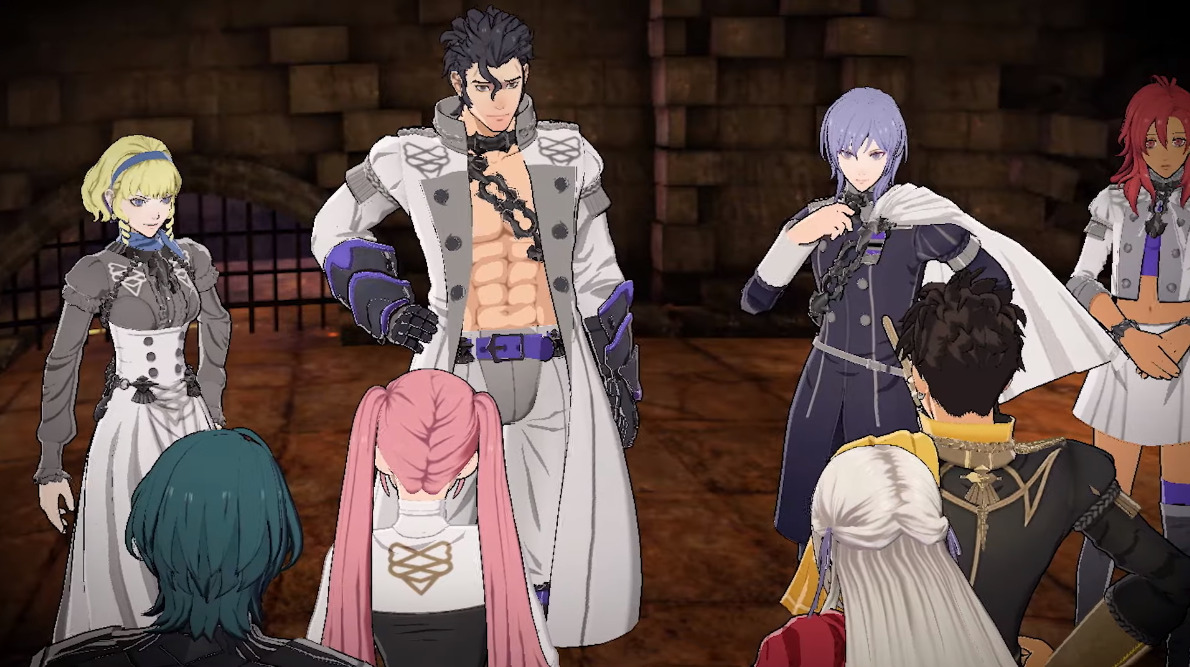 The Abyss is s series of tunnels said to stretch under Garreg Mach Monastery. According to the four new characters we meet, Yuri, Hapi, Constance, and Balthus, Abyss is home to those who don’t have a place under the light of day.

This is a fourth new House, the Ashen Wolves, a secret faction that takes care of those shunned by the outside world. As they are made up of former students, they ask Byleth to help guide them as a teacher.

Finally, we see a Relic not yet seen in the main game – a pair of Gauntlets.

Fire Emblem: Three Houses is available on Nintendo Switch. The Abyss Mode side story will release on February 13, 2020 in Europe and Japan and on February 12, 2020 in North America.