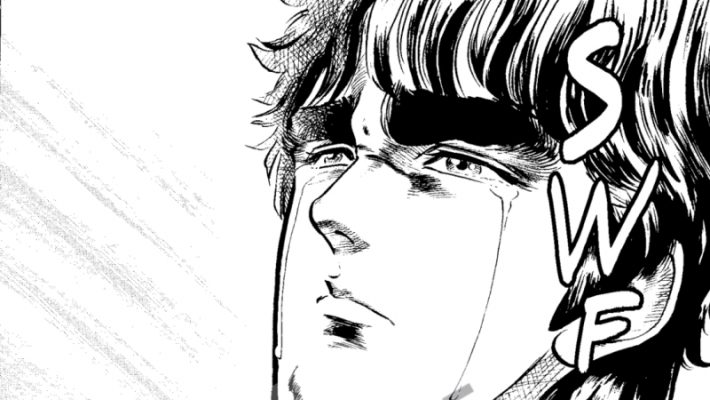 “You are already dead” is perhaps one of the most iconic lines in media, and it comes from the Fist of the North Star manga. Tetsuo Hara and Buronson’s 1983 Shonen Jump  series is practically the definition of “seminal,” but I have to admit that beyond that iconic line and a few clips seen here and there, I have basically no knowledge of the series. The manga and its two anime adaptations were almost required material for older fans of classic 80s “Japanimation,” but I came to the hobby a little later and it passed me by. 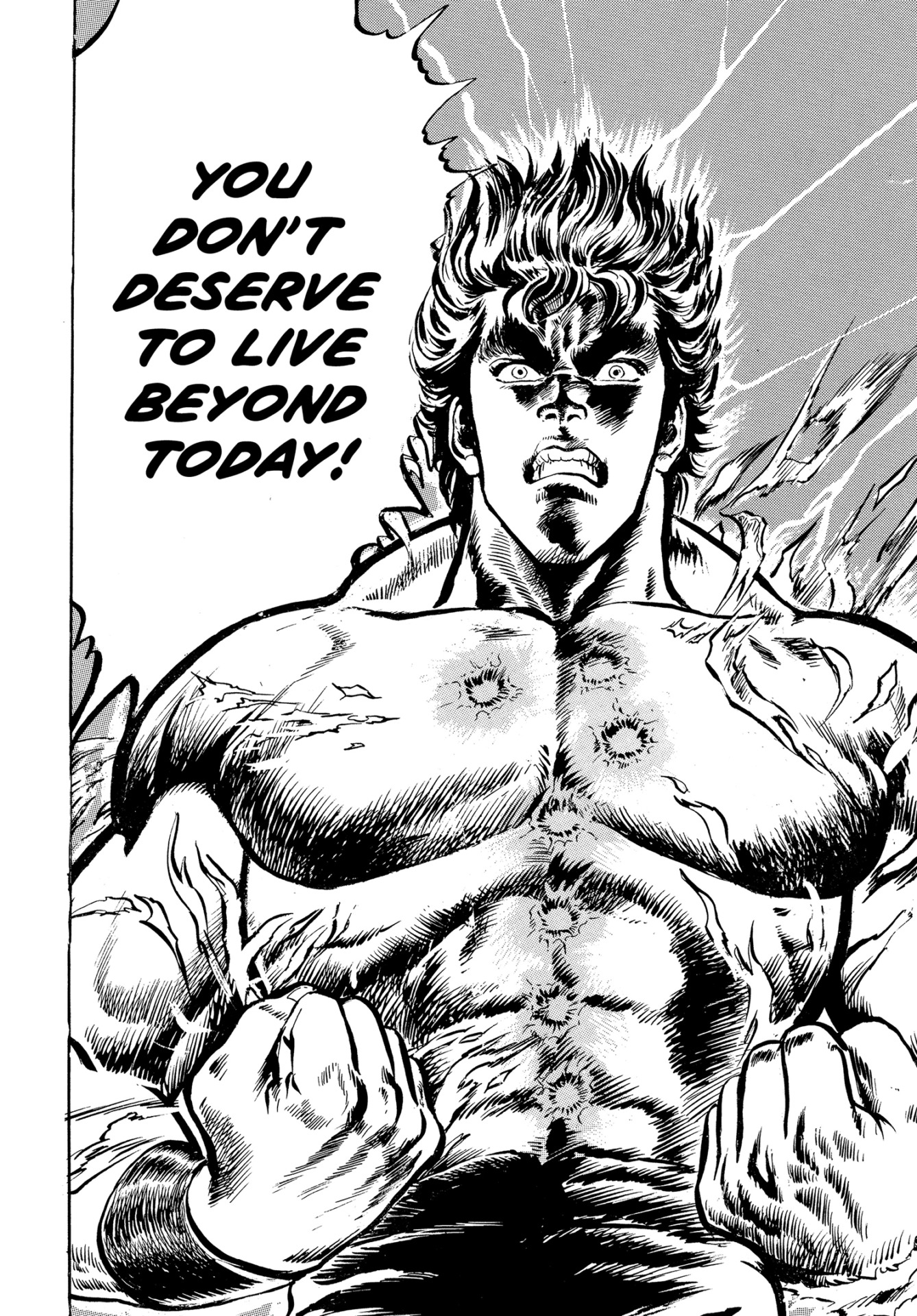 Imagine my surprise, then, when that iconic line manifests in the original manga as a panel little more than a sixteenth the size of its page.

It’s a little hard to imagine such a small panel could be part of a story so influential that its gravity seems at times inescapable more than thirty years later. Almost every show with a metafictional bone in its body, from Great Teacher Onizuka to How Heavy Are The Dumbbells You Lift? packs in some kind of tribute to Fist of the North Star.

One would be forgiven for thinking that there would be nothing new to gain from reading something so heavily referenced by what came after. Thankfully, I’m happy to eat my words. Reading the first volume of the Fist of the North Star manga, courtesy of VIZ Media, felt less “retro” and more like a fresh, new experience.

That being said, viewed from outside, Fist of the North Star isn’t exactly novel in its setting or characters. Its post-apocalyptic world, teeming with savage biker gangs and ruined cities, is basically pulled from The Road Warrior. The main thing differentiating it from any number of more traditional martial arts-focused stories is its use of that Mad Max leather-and-scrap-metal chic.

The first volume takes its time with mood, too. We don’t even see Kenshiro or aby implication of what the story is about until ten pages in. A squad of raiders goes on a bloody killing spree, only to encounter another group of their comrades maimed and mutilated by some unknown party. Mysteriously, one bandit’s head deflates, then explodes long after the culprit had left the scene. 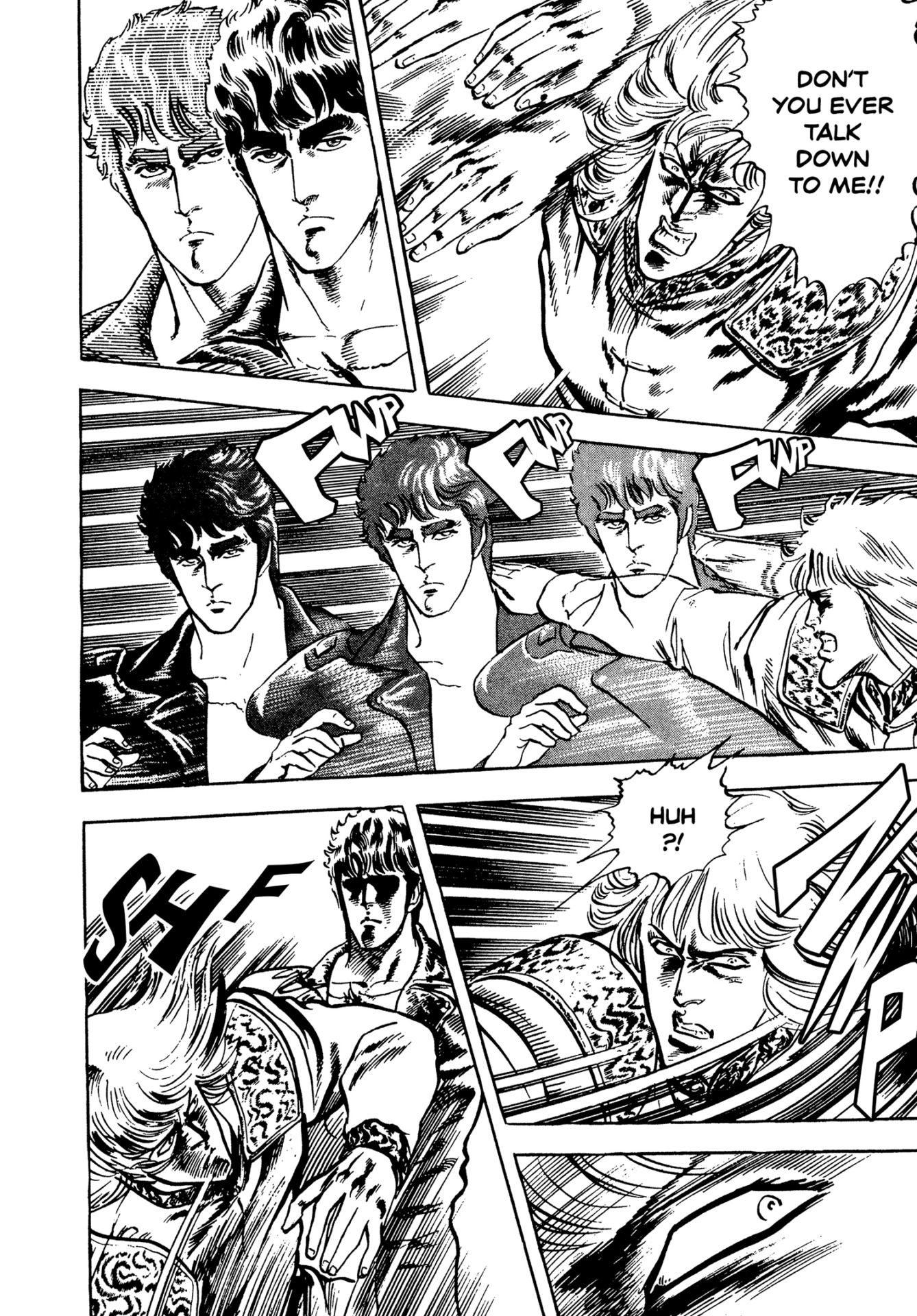 Such is the wage of Hokuto Shinken, the deadly assassination art practiced by our hero, Kenshiro. The first story of the Fist of the North Star manga serves as an effective introduction to the whole series’ regular beats. Kenshiro arrives in a new area and, after finding out the situation, is up against a new threat. Naturally, the threat–in this case the Zeed gang–proves little threat to Ken himself. His mastery of the body’s “meridian channeling points” enables him to dispatch entire groups of foes with barely a change in his implacable expression. Then, having exploded his enemies, Ken moves on.

I say his expression is implacable, but one other interesting thing about Fist of the North Star is that Kenshiro is actually quite expressive. (And handsome!) Trained by scattered clips of the anime series and decades of parodies, I expected the hypermasculine beefcake look. In truth, Kenshiro’s physique and appearance are much closer to Kazuma Kiryu of the Yakuza games–a big guy with a soulful look. As it turns out, the distance between Kenshiro and the latter-day fashion icons of new JoJo’s Bizarre Adventure stories is much smaller than I had been led to believe.

And even when he does maintain an unchanging, stony-faced look during fights, Tetsuo Hara ably conveys attitude through poses and body language. His confidence at confronting scumbags that pose no threat is clear. The moment he’s driven to tears is as striking as the sunrise after a long night. And finally, his rage is reserved for those who truly warrant it. The villains who victimize the weak and King, the martial artist who kidnapped his fiancé Yuria. 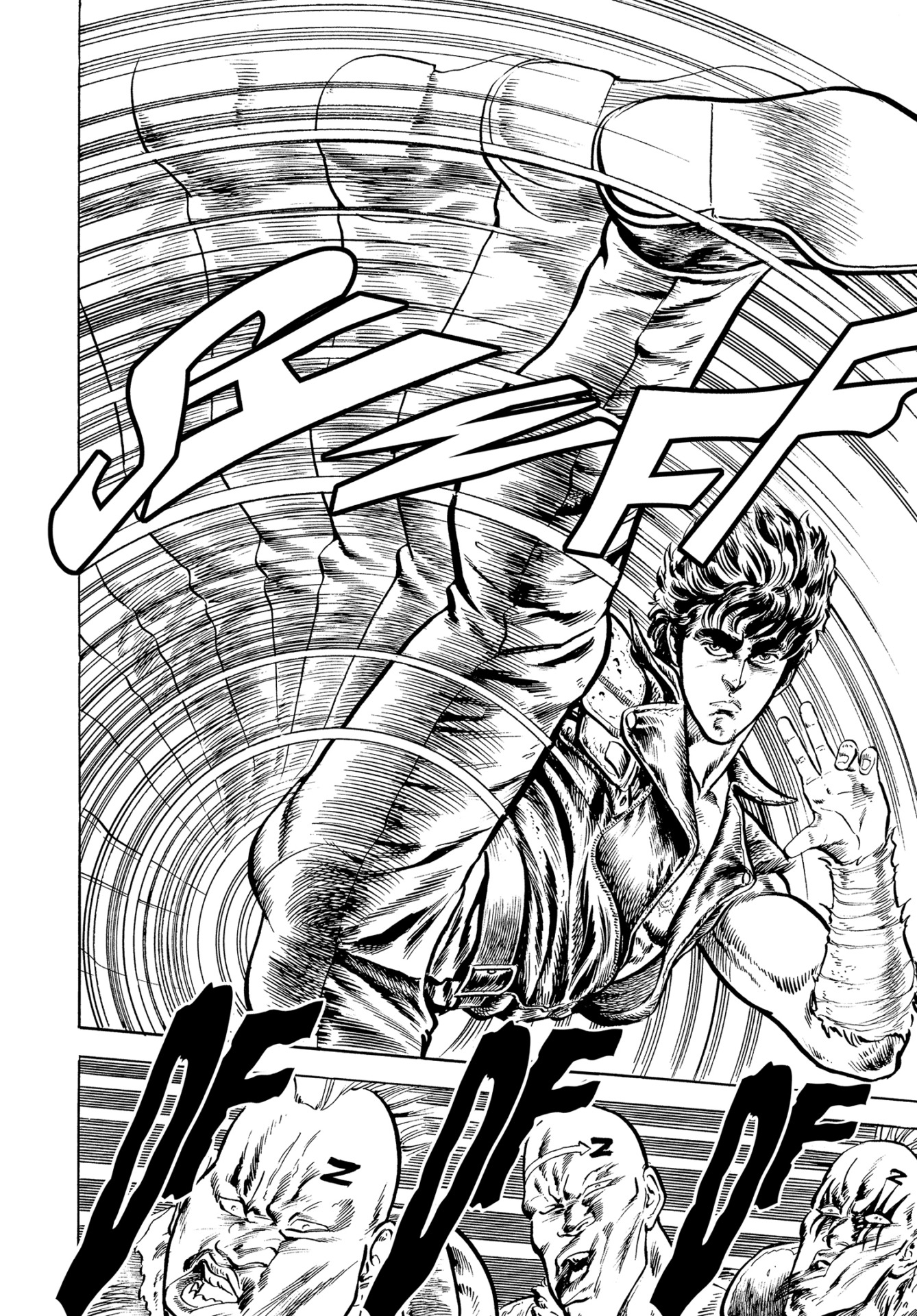 It’s in facing King up through the latter half of Fist of the North Star volume 1 that we get bigger movements in the plot. Kenshiro visits the city of Southern Cross, a metropolis conquered by King, the master of Nanto Seiken. That art, the Yang to Hokuto Shinken’s Yin, seems like the kind of obstacle that should be saved for the very end of a series, but in Fist of the North Star, it’s really more of an action-packed, yet emotional kicker to close out the prologue.

By the end of Fist of the North Star volume 1, a new story takes root, but it remains of roughly the same structure established at the start. Kenshiro and his traveling companion Bat are in a new place with new rules and threats. Can these threats stand up to the ultimate power of Hokuto Shinken? Probably not, but it’ll be entertaining to see them explode.