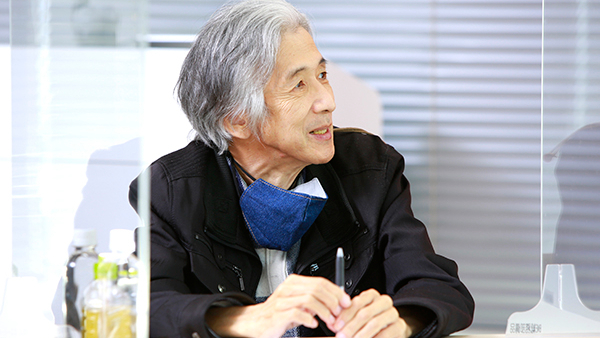 Former Namco dot artist Hiroshi Ono, also known by the nickname “Mr. Dotman,” has died. The designer worked on classic arcade games from Namco, including Pac-Man and Galaga. Ono died on October 16, 2021 after a long battle with autoimmune hepatitis. He was 64 years old. [Thanks, Famitsu]

Ono initially joined Namco back in 1979 as a graphic designer. During his employment at the company, Ono helped design the logos and dot art of some of the most known arcade titles of the ’80s. These include games such as Galaxian, Pac-Man, Xevious, Dig Dug, and Rally-X, among many others. He was known for his unique approach to designing rotating pixel sprites, in which he would use a rotating stand to trace a sprite at different angles.

He later joined Bandai Namco Games in 2006 after the company’s merger. In 2013, Ono went freelance and continued to work on other game projects. He also opened up a pixel art design workshop and released several books on the pixel art creation process.

Just last month, Ono announced that he was suffering from autoimmune hepatitis. Coinciding with this announcement, a crowdfunding campaign was set up to create a documentary film about Ono’s work. As it stands, the “Mr. Dotman” campaign has received full funding. However, the official account notes that due to contractual obligations with the crowdfunding platform, they are unable to close some of the pledge tiers that feature special bonus items made by Ono.

A private funeral was held and attended by family and friends. The official Team Dotman account asks that fans refrain from sending any gifts or messages.