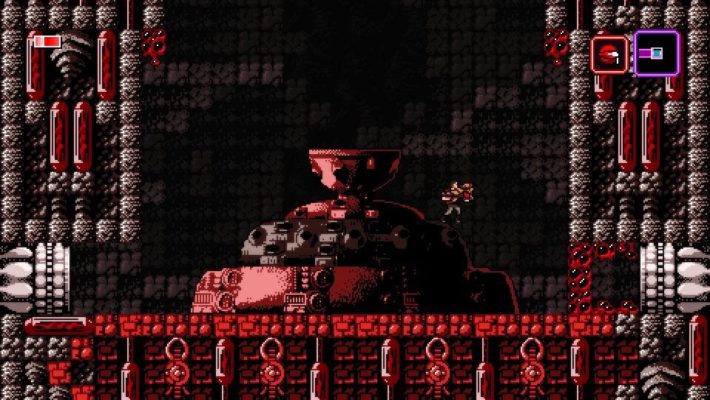 While Axiom Verge 2 isn’t out yet, there’s a reason to go back to the original game again. Thomas Happ Games released a free Axiom Verge Randomizer Mode for the PC version, which allows people to go through a randomized version of the game that will change everything up while still giving you the necessary weapons to progress at certain points.

Here’s how the Axiom Verge Randomizer Mode works. First, someone with a PC will have to choose either the beta in their Epic Games Store library or choose it when selecting the game in their Steam library. Once they’re in that version of the game, they can select the mode and determine which seed they might use, if they’ll pick the Normal or Hard difficulty, and if they’ll choose the Beginner, Advanced, or Masochist progression option.

As pointed out in the feature’s announcement, the Progression option changes how a randomized run will work and the way the AI will respond. Beginner is for a normal run, Advanced is for a speedrun, and Masochist is for a low % speedrun. (For that last option, the announcement even said, “As of right now, there are exactly 4 people in the world able to play this mode.”)

Thomas Happ Games announced that there will be updates for Randomizer Mode. For example, it will eventually appear on consoles when the beta testing is done. It will also eventually support save states and perhaps a Twitch Crowd Control option that would let a person watching change the game.