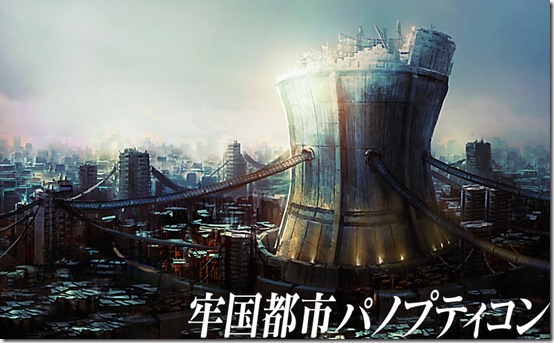 Freedom Wars takes place in a ruined world that can no longer sustain any life outside cities known as Panopticons, where mankind struggle to find a way to keep on living. The official website updates us with what appears to be a piece of propaganda regarding the Panopticons, in addition to a Famitsu update showing new screenshots of a “Volunteer” mission, where your goal is to rescue civilians from giant enemies.

The following is declared on behalf of all citizens of Panopticon:

The most magnificent experiment in the history of mankind came to be after the end of a devastating war between great powers of tyranny, and the disintegration of an ancient nationalistic regime, the deep regrets of old civilization. That’s when we rose from the ashes along with the light of hope shining upon the dusk’s horizon, and found the decisive answer.

The developmental target of the city state Panopticon was to bring about a government body in complete form, an evolutionary necessity to our generation, which established a brilliant monumental achievement set in the history of mankind.

Panopticon-type city states now have the ability to artificially construct themselves, extending their distribution to bring about an effective sense of happiness to a maximum, by protecting the citizens of Panopticons from all threats with the help of central control systems and thorough security.

Citizens of all Panopticons shall participate in this, by ardently contributing and accomplishing their duties, in order to enjoy  happiness, freedom and prosperity. The distribution of maximized happiness to all Panopticon citizens depend on their contributions and continuous consecration under the central station’s error-free instructions.

We are the first in history to realize a completely fair society, which has been a long-cherished dream of mankind. We are currently part of the greatest generation known to human history.

To all the citizens of all Panopticon: 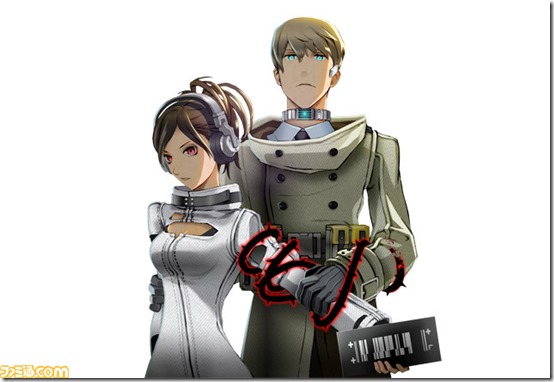 As we all know, everything mentioned above is mere propaganda, and the so-called citizens of the Panopticon consist mostly of “Criminals” who must participate in fights against giant beasts called abductors in order to shave years off their million year prison sentences that were given to them at birth.

In Freedom Wars, you’ll not only be able to choose your character’s gender and appearance, but you’ll also be able to do the same for your android helpers, called “Accessories,” in addition to being able to set their A.I. to your liking. The Accessories will be fighting alongside the Criminals, but their main purpose it to act as a surveillance figure, to make sure their partners don’t break any rules.

The purpose behind the fights against Abductors, also known as “Volunteer,” is to rescue civilians of the Panopticon. Here’s a look at three key parts of Volunteer missions that you’ll be doing in Freedom Wars: 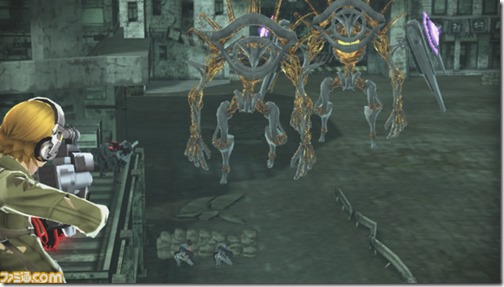 The Sortie part is the start of the Volunteer mission, where four Criminals and their Accessories are deployed to various battlefields. The starting objective is to use the Thorn Whip equipped to the character’s left arm, and search for Abductors to take out.

Abductors will be fighting by shooting beams and using shields that can reflect gun shots. Criminals will need to rely on using their Thorn Whips to get on top of the beasts and destroy body parts, while finding a way to knock them down. while the Abductors are down, you’ll get a chance to perform a concentrated attack with your allies, dealing massive damage. 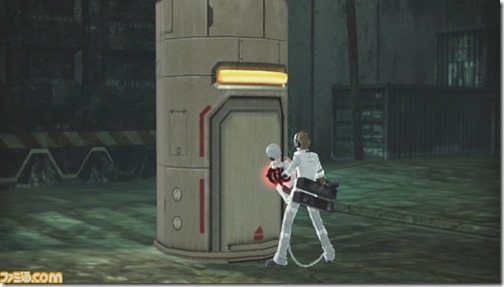 After putting the Abductor out of commission, your next step is to recapture the civilian from the cage; however, Abductors have an automatic restoration function, so they will begin to move again in a matter of moments.

Once the Abductor is up, it will begin to pursue the Criminals. During this moment, the Criminal carrying the citizen must do everything they can to send them to safety through an escape pod, which will end the Volunteer mission upon doing so.

Freedom Wars is slated for release in 2014 for PlayStation Vita.