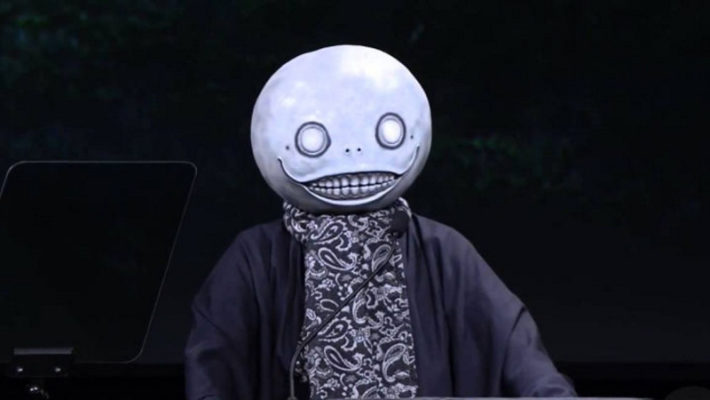 The CESA announced that Yoko Taro will be joining the judging panel for the upcoming Game Designers Award 2020. It is part of Japan Game Awards 2020 that takes place in the same week as Tokyo Game Show 2020. [Thanks, 4Gamer!]

Yoko Taro has been known for his involvement as a director and scenario writer for the NieR and Drakengard series. He gained most of his widespread popularity after making an appearance with the iconic mask at E3 2015, when he promoted the new NieR project that would be later known as NieR: Automata. Yoko Taro has also been recently involved in the mobile game SINoALICE as a creative director, which he talked about in a recent interview with us.

The Game Designers Award is one of the most prestigious awards at the Japan Game Awards. A panel of Japan’s top game creators, led by Masahiro Sakurai, choose a creative game title worthy of winning the award. The panel gives the award based on ingenuity and innovativeness from professional viewpoints.

With the inclusion of Yoko Taro, the full list of the 10-judge panel for Game Designers Award 2020 becomes as follows: