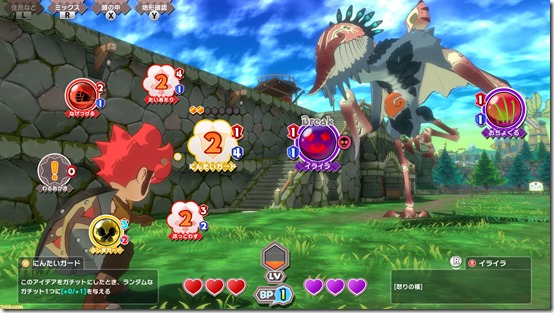 Back in September 2018, Game Freak revealed a new, original RPG called Town during a Nintendo Direct. This was a working title for an in-development project about a game where players follow a person who ends up becoming the one who will protect a small town from a monstrous invasion. While we haven’t heard much since its reveal and an April 2019 Famitsu article, the studio applied for trademarks for both Little Town Hero and リトルタウンヒーロ in Japan on August 13, 2019. (Thanks, Japanese Nintendo and Trademark_Bot!)

Town was only a temporary name for the game. Also, Little Town Hero does describe the actual plot of the game as we know it so far. The entire RPG is set within this one village the player must protect.

Here are images of the two trademarks from J-PlatPat. 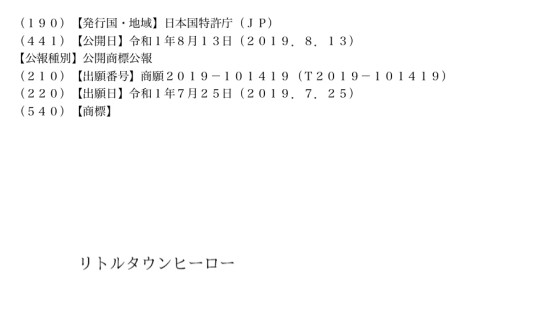 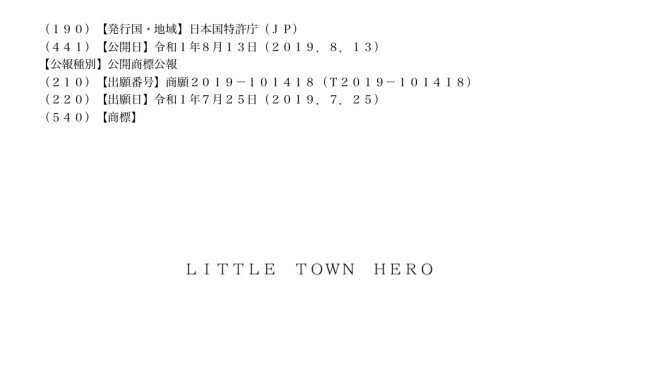 As a reminder, here’s how Game Freak’s Town looked in the September 2018 Nintendo Direct.

Town is in development for the Nintendo Switch. It had a tentative 2019 release window when it was first announced.