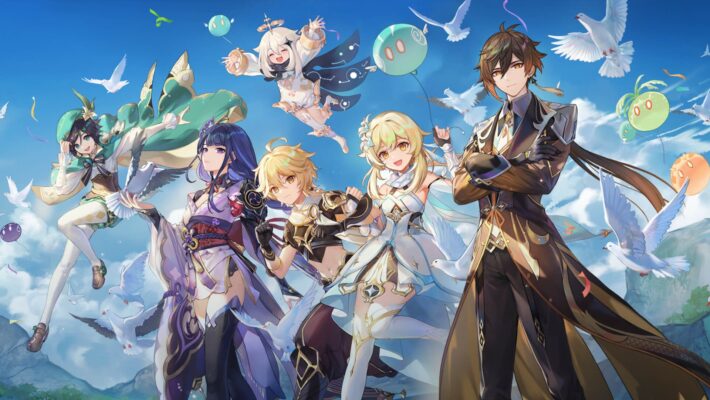 Genshin Impact launched back on September 28, 2020, and miHoYo announced a One Year Anniversary Fan Creations Event filled with contests. People who contribute in different spheres throughout September 2021 can earn Primogems and merchandise. Things start out with Genshin Impact fan-made guides and photos, then continue with fan art, video, and cosplay divisions. All contributions can be submitted at the official event website.

The Genshin Impact fan art and videos contests begin on September 16, 2021 and run until October 17, 2021. As they haven’t begun yet, the rewards for each have yet to be revealed.

The final part of the Genshin Impact One Year Anniversary Fan Creations Event will be the cosplay contest. That will run September 22, 2021 through October 20, 2021. Like the fan art and videos segments, its rewards haven’t been announced yet.

Genshin Impact is available for the PS4, PS5, PC, and mobile devices. A Nintendo Switch version is on the way. The first Genshin Impact One Year Anniversary Fan Creation Event guides and photos contest open September 1, 2021, with the fan art and videos ones following on September 16, 2021 and the cosplay one on September 22, 2021.