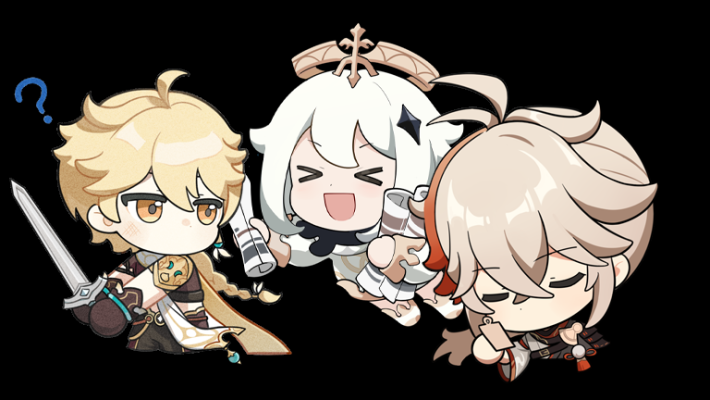 The Golden Apple Archipelago has been back in Genshin Impact for another summer of island fun, and HoYoVerse has compiled some player statistics in its latest issue of Teyvat Times. It used data from all of the servers in this report. HoYoVerse has also released emojis of the characters as they appear in chibi format on the Teyvat Times.

Teyvat Times – Vol. 4
How does it feel to be back in the Golden Apple Archipelago?

If you'd like Paimon to report on anything else, write it in the comments!

*All data is collected from the America, Europe, Asia, and TW, HK, MO Servers.#GenshinImpact pic.twitter.com/ZdxK6X83xz

Some of the numbers focus on how many players interacted with the various mirage islands. Almost 50% (43.8% to be more precise) found Xinyan’s Phantasmal Conch on The Islands’ Stirring Strings. However a “whopping 72%” of players missed at least one of the hidden Phantasmal Conches on Twinning Isle and Broken Isle. A player on the Asia server even brought “Bystander” onto the Twilight Theater stage 32 times.

As for combat information, the Teyvat Times reported that the Genshin Impact Golden Apple Archipelago had not even been open for a week before players defeated almost 530,000,000 hilichurls. However, in that same time period, around 1,665,000 players died falling into the water.

The final set of Golden Apple Archipelago statistics for Genshin Impact focuses on the Reminiscent Regimen event. This event pit players and friends against each other in mini-games around the islands. Twelve players managed to complete everything with a perfect score on the first try. Unfortunately, teamwork does not always make the dream work. An average of 760,0444 players got their Waveriders stolen every day during the “Raid” phase.

Genshin Impact is available on PS4, PS5, Windows PC, and mobile devices. You will no longer have access to the Golden Apple Archipelago when Version 3.0 launches, as this map is event exclusive. Version 3.0 will go live on August 24, 2022.