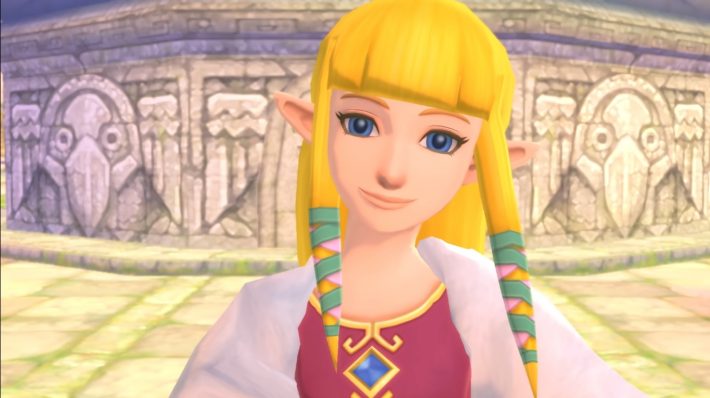 Nintendo has released a new trailer for The Legend of Zelda: Skyward Sword HD detailing the game experience for new and returning players. The new overview trailer appeared on Nintendo’s official Youtube channel and details the game’s premise and narrative. It also showed some of the changes made to adapt the game’s mechanics to its new home on the Nintendo Switch.

The trailer introduces Link and Zelda’s home island of Skyloft and the incident that sends Zelda plummeting beneath the clouds. This initiates the core quest of Skyward Sword HD. Link must travel the world, exploring lands above and below clouds in search of clues as to Zelda’s whereabouts. The trailer also shows off the various updated, HD rendered areas of the game. Various gadgets, like Link’s beetle, whip, and bow and arrow were all showcased. In contrast with 2017’s The Legend of Zelda: Breath of the Wild, Skyward Sword falls more in line with earlier Zelda series games.

Some aspects from the original game have remained in The Legend of Zelda: Skyward Sword HD, though. These include the Wii edition’s use of motion controls. As famously demonstrated during Nintendo’s stage presentation at E3 2010, the game used the Wii remote and Nunchuck controller to control the facing and direction of Link’s attacks using his sword and shield. These functions are replicated using the Nintendo Switch’s Joy-con controllers. Traditional button-based controls have been added to allow players to use a standard controller. This also makes Skyward Sword HD compatible with the Nintendo Switch Lite and in handheld mode on the standard Switch.

The trailer also highlighted compatibility with the Zelda & Loftwing amiibo figure. The amiibo unlocks a “fast travel” option of sorts, teleporting Link into the sky and then back down to the ground  with each use.

The Legend of Zelda: Skyward Sword HD will release for the Nintendo Switch on July 16, 2021. The amiibo, as well as a custom set of Joy-cons, will release on the same day.